So far, 2015 has been a busy year for reflecting on the use of electronic health records (EHRs). CMS just released its proposed rules for meaningful use stage 3. One might say that “MU 3” supports the belief that the sequel is never as good as the original (though the original might not have been that good either). Earlier, the Office of the National Coordinator for Health Information Technology (ONC) issued its “interoperability roadmap.”

While I welcome ONC’s highlighting the importance of interoperability, I thought that waiting until now to create a roadmap is like getting your TripTik two days into your cross country road trip (after discovering that you are 500 miles off course). Dr. Bob Wachter’s book and its behind-the-scenes look at the digitization of medicine is also getting people talking. (It’s on my iPad but I haven’t started it yet.)

In February, the Annals of Internal Medicine published Clinical Documentation in the 21st Century: Executive Summary of a Policy Position Paper From the American College of Physicians, which summarizes many of the problems with documenting care using EHRs. The paper includes proposed solutions for addressing many of the deficiencies in the electronic clinical record.

All of this activity and many conversations with colleagues and patients got me thinking more about what went wrong and what went right with EHRs. I started using an EHR in 2006 BE (Before Everything) and led my practice’s selection committee, which started its search a couple of years earlier. “Before Everything” means before the CMS EHR incentive, PCMH, Meaningful Use, PQRS, ACOs, and many of the other programs, initiatives, and acronyms that we now associate with EHRs. In fact, in 2006 BE, the government was minimally involved in EHR adoption. Much of it was driven by small private practices.

So if we had to pay for it ourselves and didn’t need it for reporting or earning bonuses, why did we go electronic in 2006 BE? We thought it would help us take better care of patients through improved access to legible and complete records, allow us to start measuring how we delivered care (in a basic way, but anticipating what was coming), make us more efficient, and improve the bottom line. I’ve addressed many of these goals and how things turned out in my earlier “report card” columns (2012 and 2014).

We wanted an EHR that let us enter data however we wanted — check lists, templates, typing text, dictating, with keyboard, with handwriting recognition, or various combinations — and could meet future needs such as integrating outside data and communicating with other EHRs. And while today’s critics call it out as unimportant and even corrupting, the ability to document in a way that would support the level of coding mattered to us because we believed  that many of us were being overcautious and undercoding in our paper records.

That is what we were looking for. That is pretty much what we got.

Then the world started to change, rather rapidly when you think about it. In 2009, HITECH and its incentive payments expanded the market and introduced requirements for “certified EHR technology.” More entities needed things tracked and counted for a long list of quality activities and “pay for performance” programs. Interoperability, which people thought was a “nice thing to have” in 2006 BE, was all of a sudden a “must have.”

Vendors responded by adapting their products to meet these new needs, and not surprisingly, it got messy at times (and expensive). Upgrades to add new “features” that would meet the latest requirements often broke the “old” new features added in the previous upgrade. Sometimes the upgrade process itself disrupted the work of the practice. With each “enhancement,” the code got bloated, the number of threads, pings, and server hits grew, and the EHR slowed down. It was no longer enough to have the information in the record. It had to be in the right place, in a “structured” field, all too often entered manually with a box click, so the physician slowed down along with the EHR.

It’s as if one bought a compact car to drive to work and take an occasional highway trip out of town but was now forced to use it for off-road driving and to tow large trailers into the mountains. It could be done, but very slowly and with frequent breakdowns. The Feds’ “hands off, let the marketplace take care of it” approach sounded very American and was politically easier than the alternative, but assumed that vendors would listen to their customers, and if not, that changing EHRs was as easy as switching from a compact car to a four-wheel  drive SUV. The difference, of course, is that the compact car has trade-in value that offsets some of the cost of the SUV, one doesn’t have to take driving lessons all over again to change vehicles, and you don’t have to pay thousands of dollars to move your belongings from the glove compartment and trunk of your old car to the new one.

Despite my cynicism, I do not think that all is lost. The collective discontent is getting louder. More practices and health care organizations are replacing or considering changing EHRs. The pressure is mounting on vendors to think less about their proprietary interests and more about the needs of their customers.

The ACP position paper has good recommendations for EHR system design. In a future post, I will discuss my “wish list” for the EHR of the near future. I invite you to share your ideas as well. 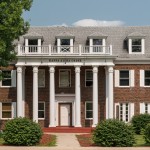 A brief history of the EHR
12 comments