I learned recently that the antipsychotic Abilify is the biggest selling prescription drug in the U.S.  To be a top seller, a drug has to be expensive and also widely used.  Abilify is both.  It’s the 14th most prescribed brand-name medication, and it retails for about $30 a pill.  Annual sales are over $7 billion, nearly a billion more than the next runner-up.

Yes, you read that right: $30 a pill.  A little more for the higher dosages.  There’s no generic equivalent in the U.S. as yet; Canadian and other foreign pharmacies stock the active ingredient, generic aripiprazole, for a fraction of what we pay in the states.  However, Abilify’s U.S. patent protection expires next month, and aripiprazole may soon be available here at lower cost.

Abilify is an “atypical” antipsychotic.  This is a confusing term, as these are now the drugs typically prescribed for schizophrenia and other psychotic conditions.  The name comes from their atypical mechanism of action, as compared to the prior generation of antipsychotics.  “Atypicals” also play a useful role in the treatment of bipolar disorder, where traditional medications such as lithium require blood level monitoring, and often multiple doses per day.

Antipsychotics are powerful drugs with considerable risks and side-effects.  But psychosis and mania are powerful too.  As with cancer chemotherapy and narcotic painkillers, a risky and/or toxic treatment can be justified in dire circumstances.  It’s also true that one crisis visit to an emergency room, not to mention a psychiatric admission, may cost more than months of Abilify, and can itself be emotionally traumatic.  If Abilify keeps psychosis at bay and prevents hospitalization, the risks are worth it.  The cost is worth it too — if a less expensive generic atypical won’t do.  Several are now available.

As I wrote in 2009, the manufacturer Otsuka tapped a much larger market for Abilify as an add-on treatment for depression.  I objected to the consumer ad campaign that trumpeted this expensive, dangerous niche product for common depression.  While there’s a role for Abilify in unusually severe, unresponsive depression, advertising it widely as a benign “boost” for one’s antidepressant was, and is, irresponsible.  By analogy, the makers of the narcotics OxyContin and Percocet could run ads showing people with bad headaches, and urging fellow headache sufferers to ask their doctors “if Percocet is right for you.”

And these are merely the FDA-approved uses of Abilify.  Atypicals are also widely prescribed off-label for use as non-addictive tranquilizers and sleeping pills, and to treat other psychiatric conditions.  There’s no advertising for off-label use, so the onus falls squarely on prescribers who balance the risks and benefits of these drugs in a manner that research tends not to support.  In short, a costly, risk-laden medication created to ease the awful but relatively uncommon tragedy of schizophrenia is now the top selling prescription drug in America owing to its widespread use in garden variety depression, anxiety, and insomnia.

It’s been said that the top selling drug in any era is a comment on society at that point in time.  Valium held the lead during the 1960s and 70s, suggesting an age of uncertainty and anxiety.  The top spot was taken over by the heartburn and ulcer medication Tagamet in 1979.  Tagamet was the first “blockbuster” drug with more than $1 billion in annual sales. Cholesterol-lowering Lipitor was the biggest seller for nearly a decade after it was released in 1997, the same year the FDA first allowed drug ads targeting consumers.  Pfizer spent tens of millions on such ads — and sold over $125 billion of Lipitor over the years.  The stomach medicine Nexium took over after that.  Without covering all the top sellers, it’s fair to say that Americans spend a great deal on prescriptions to deal with stress and unhealthy lifestyles.  The blockbusters also show how mass-marketing brand name drugs has become a highly profitable business.

What does it say about us that Abilify holds the top spot now?  What does it mean to live in the age of Abilify?  First, that we’re still looking for happiness and peace in a bottle of pills, costs and risks be damned.  Second, that there’s nearly no end to the money the U.S. health care system will spend on problems that can be addressed more economically.  And third, it’s a stark reminder that commercial interests seek to expand sales and profits whenever possible.  They find (or create) new markets, promote products by showcasing benefits and concealing drawbacks, appeal to our emotions instead of our rationality.  This is how business works.  We should not be surprised, yet we ignore this reality at our peril, particularly when it comes to our health.

8 reasons why you should marry a female physician 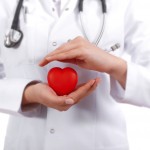 What does it mean to live in the age of Abilify?
34 comments