But don’t take my word for it. The American Congress of Obstetricians and Gynecologists (ACOG) also says that vaginal hysterectomy is the route of choice (for noncancer surgery). They also agree with the science that says not only is it the safest (or as safe) as any other route but also the least expensive. Most patients who have vaginal hysterectomy are able to go home the next day and the recovery is typically very smooth. In my personal experience patients are amazed at how quickly they recover.

Despite the mountain of evidence-based medicine supporting vaginal hysterectomy and the recommendations from ACOG many hysterectomies are not performed this way. A lot of surgeons opt for the far more expensive approach using laparoscopic surgery (operating telescopes), some also use a robot to assist with their laparoscopic technique (even more expensive), and a few still opt for traditional open surgery (think big scar, like a C-section).

Why would surgeons choose a more expensive and not better by any medical metric approach?

Some of it is because they were swayed by the manufacturers of laparoscopic equipment or the DaVinci gang (the laparoscopic robot folks). Once you exclusively do a surgery one way for many years, you lose skills.

Some doctors never learn to do vaginal hysterectomies. Don’t really know why that happens, but it’s probably a failing of many residencies. I had done far more than 100 when I finished my 5-year residency, today’s graduates (for a variety or reasons) are probably lucky to have done 10. Most urogynecologists (gynecologists who do an additional three years of training) are very skilled in vaginal hysterectomy.

Some (most) hospitals push their robot, after all they have to pay for it. Robots add a lot of expense to gynecologic surgery with zero return. But hey, marketing departments love robots. They are so cool. And a lot of doctors start to believe their own hype that robots + them = awesome.

Some doctors erroneously think that leaving behind the cervix after a hysterectomy confers some health advantages (the cervix has to come out with a vaginal hysterectomy). Sigh.

It really doesn’t surprise me that UnitedHealth announced they plan to preferentially pay for vaginal hysterectomies which are less expensive and at least as good if not better than other approaches. A hysterectomy not done vaginally after April 6th under their health plan will require prior authorization. How smoothly that will go remains to be seen.

Some of this may be a backlash against power morcellators (devices that used through an operating telescope that chop the uterus into tiny pieces so it can be removed laparoscopically), but regardless of the reason I applaud the decision (and am frankly a little surprised that it took this long). If your surgeon won’t or can’t do the recommended technique (vaginal hysterectomy), she or he should have to explain why the procedure requires a nonvaginal route. Some reasons are legitimate (for example, a uterus the size of a 30 week pregnancy can’t really be done vaginally), however, if you take cancer out of the picture more often than not a hysterectomy can be done vaginally by a surgeon who is well-trained to do the procedure.

It’s just a sad day for gynecology when doing the right thing requires nudging from an insurance company. 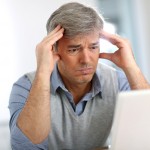 A phrase as a metaphor for dying itself

Surprise! When it comes to a vaginal hysterectomy, this insurance company gets it right.
2 comments