When I speak with colleagues about ways to provide primary care to the poor, they generally fall into one of two camps. The first camp, generally supporters of the Affordable Care Act, contends that the ACA’s originally mandatory (but later ruled optional) expansion of Medicaid insurance eligibility and a temporary federally-funded increase in Medicaid fee-for-service rates to Medicare levels provided enough incentives to attract family physicians to patient-centered medical homes that primarily serve low-income patients. (Disclosure: About 15 percent of my current practice’s patients have Medicaid.)

There is plenty of evidence that low-income residents of states that chose to opt out of Medicaid expansion will be worse off than those in states that have expanded their programs. Not only do people whose incomes are at or lower than federal poverty levels have less access to acute and chronic care, they receive less preventive care and are more likely to be sicker and die sooner than if they had Medicaid coverage. In addition, the Robert Graham Center has projected that fewer primary care physicians will practice in states that do not expand their programs, exacerbating existing workforce shortages. A study published in the New England Journal of Medicine reported that after Medicaid fee-for-service payments for primary care visits rose in 2013 by an average of 73 percent, it was significantly easier for simulated Medicaid patients to schedule appointments with doctors. Unfortunately, the federal Medicaid pay increase expired at the end of 2014, and only 15 states plan to continue the increased rates.

Most encouraging is a recent study in JAMA Internal Medicine that examined the association between patient-centered medical home implementation and breast, cervical, and colorectal cancer screening. Not only was having more characteristics of a PCMH associated with higher screening rates in general, larger screening increases in PCMH practices that served patients with lower incomes and educational backgrounds considerably reduced screening disparities between the rich and the poor.

All good news, but is this momentum sustainable, and is it nearly enough? Not a chance, say my colleagues in the other camp. In 35 states and the District of Columbia, Medicaid fees have reverted to their previous embarrassingly low levels, and the Supreme Court will rule this summer whether doctors and hospitals can sue state Medicaid programs for paying fees that are typically less than the cost of providing care. It gets even worse: In my practice, a large Medicaid insurer paid us nothing for several months, then negotiated a lump settlement with our parent institution that required the insurer to only to pay 40 percent of what it actually owed. If our practice had to rely exclusively on Medicaid for cash flow, it’s hard to see how we could keep our doors open. And low-income patients who earn between 138 percent and 400 percent of the federal poverty level and receive federal subsidies to purchase health insurance on the marketplaces often face several thousand dollar deductibles, making them pay out of pocket for everything except preventive care.

So family physicians and other primary care innovators are taking matters into their own hands. For example, the “Robin Hood” practice model is a viable solution for patients who remain uninsured or underinsured after the ACA. The most-read guest post of all time on my blog explained how a direct primary care model can benefit low-income patients. For those who worry that a $50 monthly fee for unlimited primary care could be too much for patients living paycheck to paycheck, a leading direct primary care practice in Washington State now serves thousands of Medicaid patients through a contract where regular monthly payments flow directly to the practice rather than passing through an administrative maze of insurance claims for individual visits. After being slow to recognize these types of practices or dismissing them as high-end “concierge care,” the American Academy of Family Physicians now offers a variety of helpful resources on direct primary care.

Given these developments, it doesn’t make sense to me for physicians and policy makers to squabble about the “best” way to provide health care to the poor or continue to pine for a pie-in-the-sky universal system for all. The U.S. health care environment has always been complicated, and is even more so nearly five years after passage of the ACA. Physicians who dedicate themselves and their practices to caring for underserved and vulnerable populations should be supported however they choose to do so, rather than rebuked for thinking outside of a politically correct health reform box. The more creativity we can bring to bear on this problem, the better.

Doctors: Is it time to love the F word? 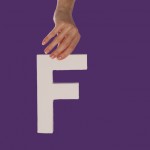 Providing health care to the poor: It’s time to get creative
11 comments