Three years ago I received some of the best news of my life — that I have dopa-responsive dystonia. (Yes, a neuromuscular disorder was welcome news.) Painful, life-interrupting muscle contractions had made the dystonia diagnosis likely several years before, despite poor response to standard treatments, and I was fighting through graduate school: trying to compensate for medication-induced memory problems, increasing need to work from bed, and a disappearing social life. A visit to Mayo ended with the correct suggestion that I might respond to levodopa. In fact, I am among a small, perhaps 3 percent, group of dystonia patients whose symptoms almost disappear with it (and thus, am “dopa-responsive”).

Case closed? Unfortunately, I’m also a patient who vomits uncontrollably on levodopa. (Levodopa, which the body converts to dopamine, causes nausea when converted before reaching the brain, where I need it to control my muscles.) Despite careful titration and three other anti-nausea medications, I repeatedly needed IV fluids and was miserably nauseated until a “miraculous” solution: domperidone. As a dopamine antagonist, domperidone fights the nausea; because in adults it mostly doesn’t reach the brain, it uniquely doesn’t affect the therapeutic reason for levodopa. With domperidone and levodopa, I’m a happy “normal” academic with an appropriately nerdy social life. Without domperidone, I can’t tolerate levodopa, and my next best option leaves me with dosage limiting appetite loss, troubling behavioral changes, and poorly managed symptoms. I am, in short, the poster child for domperidone, well informed of its risks but aware that my life works better with domperidone than without.

The problem with domperidone? Domperidone is available by prescription in Canada and overseas, but does not have FDA approval. To restrict its use in the U.S., the FDA has issued public warnings, fined American pharmacies that compounded it, and ordered its customs agents to stop importation. From the FDA website, it “took this action because of the concern about … the use of domperidone by lactating women to enhance breast milk production … [Patients] with certain gastrointestinal (GI) conditions may be able to receive treatment with domperidone through an expanded access investigational new drug application (IND).” In addition, recent efforts to stop the importation of international drugs have caused credit card companies to refuse payments to overseas pharmacies, especially those that don’t require a prescription. Meanwhile, physicians prescribing domperidone in the U.S. have to worry about their liability. Finally, patients ordering domperidone are on shaky legal footing. According to the FDA: “It is illegal for individuals to import drugs into the United States for personal use … [but the] FDA … typically does not object to personal imports of [unapproved] drugs under certain circumstances.”

What does this mean for me? I personally don’t feel comfortable pressuring my physicians to prescribe domperidone but ask them to arrange recommended testing for side effects. The drug is getting progressively (although inconsistently) harder to acquire (with or without a prescription). Although easier now, six months ago, the only Canadian sites I found offering it advertised it with a “free gift of Viagra.”  Ordering instead from an overseas pharmacy with little knowledge of the country’s drug regulations, I paid a premium for the perhaps(?) safer “European” version. I’m careful to order only three months at a time, the maximum the FDA considers “for personal use,” and order it in advance, in case customs seizes my order. Recently, I’ve had to pay by e-check — adding financial risk. (Imagine giving your bank numbers to a strange website, while doing something technically illegal, from a country with unfamiliar financial protections.)

Have I tried to acquire the medication legally?  Early on, I dutifully asked my neurologist about an IND, and she balked at the paperwork required. I’ve looked for clinical trials that provide domperidone, but the closest on clinicaltrials.gov is 1,500 miles away; traveling there would  repeatedly require significant time and expense. I’ve tried calling closer institutions, finding that they either weren’t enrolling any new patients on their IND or that they “recommended their patients seek domperidone from Canada.” A big problem is that only a few INDs have been listed on clinicaltrials.gov, and physicians with the approval to prescribe domperidone do not advertise it.

What should change in my nonmedical opinion? First, the FDA should reconsider requiring an IND for domperidone. They state INDs are to “establish that the product will not expose humans to unreasonable risks when used in limited, early-stage clinical studies.” But domperidone’s risks are established; moreover, many domperidone INDs focus on providing medication to patients, not doing research, making the paperwork requirements disproportionate.

Second, physicians should recognize that by sending their patients to Canadian pharmacies, they are recommending they break the law, even if prosecution is unlikely and possibly exposing them to additional financial and medical risk. Practices associated with research institutions should consider (although I know they are busy) applying for an IND (which one American pharmacy pre-prepares, optimistically estimating the remaining time for the physician at 30 minutes) and then (when they have space for new patients), mentioning their service to local patient groups or doctors offices. Otherwise, in medically clear cases, physicians comfortable with the risks should consider offering to provide a prescription for Canada.

Finally, patients and patient advocacy groups (Parkinson’s and motility-related groups come to mind) should be working with the FDA and drug companies to fund what research the FDA needs to get this cheap generic drug on the market, with appropriate warnings if necessary for lactating mothers.

Where does this leave me? Frustrated and scared. I fluctuate between deciding to take the risk and buy domperidone abroad and trying to find a way to make life work without it. I worry about the future, as acquiring domperidone safely has become progressively harder over the past three years, and existing trials are closing. Mostly I’m wondering: Is the FDA treatment of domperidone really making Americans safer? In my case, the answer seems to be a resounding “no.”

Where is the waste in health care? 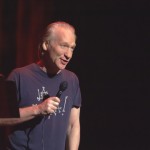 A domperidone dilemma: A patient’s perspective on ordering from Canada
5 comments