Myth #1: Vaccines work by preventing disease in individuals who are vaccinated. Nope, that’s not actually true — it’s quite wrong, but in a subtle way. And a misunderstanding of this concept, I think, has led to a lot of mischief. If people understood how vaccines really work, how they can best protect us from disease, it might help overcome some skepticism.

Vaccines do indeed prevent diseases in individuals, but that’s not how they accomplish their most important job. See, vaccines can’t be given to every individual — babies can’t get MMRs until they’re 12 month old, for instance, and many people on chemo or after transplants can’t get them at all. And even the absolute best vaccines don’t work all the time. Two doses of MMR gives 99 percent of recipients lifelong immunity from measles, but if you’re at Disneyland along with 40,000 other visitors that day, it means about 400 vaccinated people (1 percent) are not immune. That’s not a slam on the vaccine — it’s just that any medical intervention is imperfect.

So if vaccines don’t work by protecting vaccinated individuals, how do they work? By protecting populations. In a highly vaccinated population, even if measles pops up it’s got nowhere to go. If only a small number of people aren’t immune, it’s unlikely anyone else will catch it — and that means measles cannot spread, and everyone is protected. Not just the immunized, everyone. This is called herd immunity, and it’s the real way that vaccines work.

Vaccines aren’t about protecting just you, or your children, or just the person who gets the vaccine. Vaccines are about protecting all of us, even the babies, and the ill, and the unlucky few in whom vaccines don’t work. We’re all in this together. Maybe you’ll be the next in the neighborhood with a newborn, or maybe it will be your sister who’s diagnosed with lymphoma. Make sure your whole family is vaccinated to keep all of us safe.

Even then, there are plenty of exemptions. Every state supports exempting children with legitimate medical contraindications to vaccines; almost all states support “religious objections” (though there is no common religion that’s against vaccines); many states also offer “personal belief” exemptions, too.

No government authority is forcing anyone to vaccinate, and no children are being taken away from parents who don’t vaccinate.

Inoculation initially referred specifically to the historical practice of rubbing the skin of a healthy person with a little bit of crust from a smallpox victim. It was known that this could often induce a mild case of smallpox, which would protect the person from a full-blown, deadly case later. These procedures were fairy widely known especially in England in the 1700s, and remained in widespread use for hundreds of years. The word inoculate comes from the Latin root for ‘eye,” referring to the practice of grafting a bud from one plant to another.

Edward Jenner later started using scabs from cowpox to “inoculate” a milder disease, which was close enough to prevent smallpox, too. It’s thought that his inspiration was the fair, unblemished skin of English milkmaids — they universally caught cowpox as an occupational hazard, so rarely caught the disfiguring smallpox. “Vaccine” comes from the Latin word for cow, either referring to cowpox or perhaps to those fair-skinned milkmaid workers. For a while, the term “vaccination” referred only to using cowpox crusts to prevent smallpox, but later the term became more generalized to include the procedures developed by Louis Pasteur to prevent chicken cholera and anthrax.

Immunization was a later term that broadly referred to both using live infectious particles to induce active immunity, or using non-infectious toxins or other proteins. Typically, now, most of us use the terms vaccine, vaccination, and immunization pretty much interchangeably. Next time your children get one, thank a cow!

Cupcakes are being banned from school parties.  And that's not a bad idea. 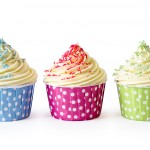 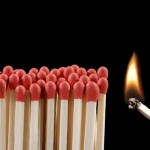