Recently, as I juggled work, family and shoveling, I prepared a lecture on promoting equity in health delivery. My first slide is a picture of the Ebola virus, and as of this morning, my last slide is a map of the ongoing measles outbreak. That’s because this week, we’ve heard a clear public health message from both President Obama and Surgeon General Vivek Murthy: Vaccines are safe and effective.

Why is this message being repeated in 2015?

As a mother and physician, I am dismayed that all Americans are not practicing this guidance based on evidence from 40 years ago. Vaccines are safe and effective. There is no link between vaccines and autism.

In 1757, Dr. Francis Home proved the infectious nature of measles and detected the virus in the blood. The highly contagious virus spreads via droplets and replicates within the newly infected person for 14 days. The symptoms include high fever, red eyes, runny nose and cough. A few days after the onset of these symptoms, “Koplick’s” spots — bluish markings on the inside of the cheek — appear. Then, a rash starts at the head and travels to the feet. The infected person is contagious for four days before and after the onset of the rash. We test suspected cases for antibodies against the virus. After confirmation, the treatment is supportive, including rehydration, nutritional support, medicines to reduce fever, antibiotics for superimposed infections, and Vitamin A supplementation. Once the measles infection has taken hold, there is no cure.

We’ve made tremendous strides in the discovery and development of new vaccines. In 2000, the Centers for Disease Control and Prevention declared the measles virus eliminated. But now, there are over 100 confirmed cases of measles across 14 states. Our most vulnerable populations are at risk of contracting an entirely preventable disease. This is not only an issue of choice, but an issue of health equity and our role as global citizens.

So now we can, and must, eradicate measles … again. We can learn from Mississippi and West Virginia, which have been at the forefront of new vaccination efforts.

I suspect a conversation about debunked faulty research is not productive. Instead, we need to remind all families that herd immunity will protect them, and that vaccinations will decrease the risk in our schools, parks and places of worship — everywhere that we gather as communities. Our first order is to prevent risk and promote population health with evidence-based medicine. We should preserve our resiliency for the unknowns.

The recent school closures in Boston recently enabled my two young sons to help me practice my lecture. I brought up the recent spate of public health messages, and they were in disbelief. After all, they’d gotten their vaccines — and the high fives and ice cream cones that came with them — years ago. I explained to them the choices made by the non-vaccinators and how an unvaccinated person is not only at risk, but they can also transmit the disease. I showed them a Council on Foreign Relations time-based map of measles outbreaks. The boys asked me why some countries had no outbreaks, and why the dots were different sizes. We talked about herd immunity and state policy in Mississippi versus California. I explained how governments had negotiated for lower prices for the MMR vaccine.

The boys were fuming. There was a moment of silence.

My older son then asked, “What are the Patriots doing after the Super Bowl parade? How about the Patriots meet all the unvaccinated kids at Disney World and Brady and Butler give them their shots?” Spot on. #patriotsconquermeasles

Health care or abuse: Which are you receiving? 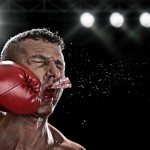