It’s been a long day, and you just want to decompress. My boyfriend tells me about his day. I get to hear about the insane amount of reading he has to do for graduate school, or about the occasional annoying customer he’s had to deal with at his part-time job as a bank teller. When it’s my turn to decompress, I usually gripe about a patient or two from the hospital.

This morning, we almost called a code on one of my patients. Her nurse rushed to our workstation saying our patient was unresponsive and her blood sugar reading on the glucometer was not a number, but simply the word “LOW.” We dropped what we were doing and rushed to her bedside, along with four other nurses, one of them ripping open the syringe full of sugar water you keep around for circumstances such as these. We entered the room and there was our type 1 diabetic female, who is my age, splayed out on her hospital bed, eyes closed, completely oblivious to the nurses yelling her name and shaking her. My intern was deciding whether or not to call a code, and a nurse was rolling the AED in from the hallway. I put gloves on and squeezed her foot firmly but not in a cruel way. I saw that she withdrew to the pain, a good sign. We pushed the D50 and mercifully she opened her eyes. She knew exactly where she was, she knew the date, and she recognized the six people in the room anxiously fussing over her, but she seemed not to care at all. This had been happening to her for most of her life, and it has only gotten worse. Her brain is so used to being starved of sugar that it no longer exhibits the usual signs of hypoglycemia like dizziness and diaphoresis. It is indifferent to its starvation, and so is she.

It is especially frustrating to care for a patient after they have stopped taking care of or stopped caring about themselves. Unfortunately, this is the daily grind for a lot of doctors.

Another patient of mine was a long time heroin user before he landed himself in the hospital with a nasty bout of sepsis from bacterial endocarditis. He had to be stepped up and down from the ICU twice. While in the hospital, he was newly diagnosed with HIV and hepatitis C. He recognized his deteriorating health and decided to change his code status to DNR/DNI, meaning he didn’t want a code to be called if he became unresponsive. This was serendipitous timing because later that night, he threw septic emboli from his heart to his brain. This caused him to bleed extensively into his frontal lobes, where things like complex tasks and personality are stored. After that, he got stepped down to our floor.

Every morning during my pre-rounds, I walk into his room and proclaim “Good morning!” even though I know my greeting will not be reciprocated. I hate approaching him and putting my stethoscope to his chest. I don’t really listen, but I can still hear his heart beating and the air moving through his lungs. Even with gloves on, I don’t like the idea of touching his hands or checking his ankles for edema because I can see they are riddled with track marks. I never rub his sternum or pinch his fingertips because I know nothing would happen if I did. The saddest part about this patient’s case is that he has no family or loved ones to consent him for transfer to inpatient hospice, which is why he is still on our floor. Along with his nurse and his doctors, I get to be one of his only visitors.

As my boyfriend listens to me gripe, he points out that most of my stories are disheartening, to say the least. Either this reflects my personal inner depression that results from facing morbidity and mortality every day, or it represents an important truth of health care. Health and recovery are the standard. If someone has an infection, we give them antibiotics and fluids for a while, and they get to go home good as new. This is not a great success story; it is simply what everyone expects because it’s the majority of cases. Most people don’t even need to get admitted to the hospital to get their health care issues addressed and managed. And so it’s the few disheartening stories that stick with you, since these are the cases that didn’t go as planned. These people are the ones who will never get back to that daily grind and then afterward be able to gripe about their day. These are the patients you couldn’t save. You hold onto these stories, as bleak as they are, because these are the cases that make you want to go back to work the next day and try again.

Stephanie Van is a medical student.

The occupational hazards of being a doctor are frightening 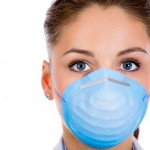 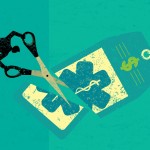 Taking care of patients who stop caring about themselves
5 comments