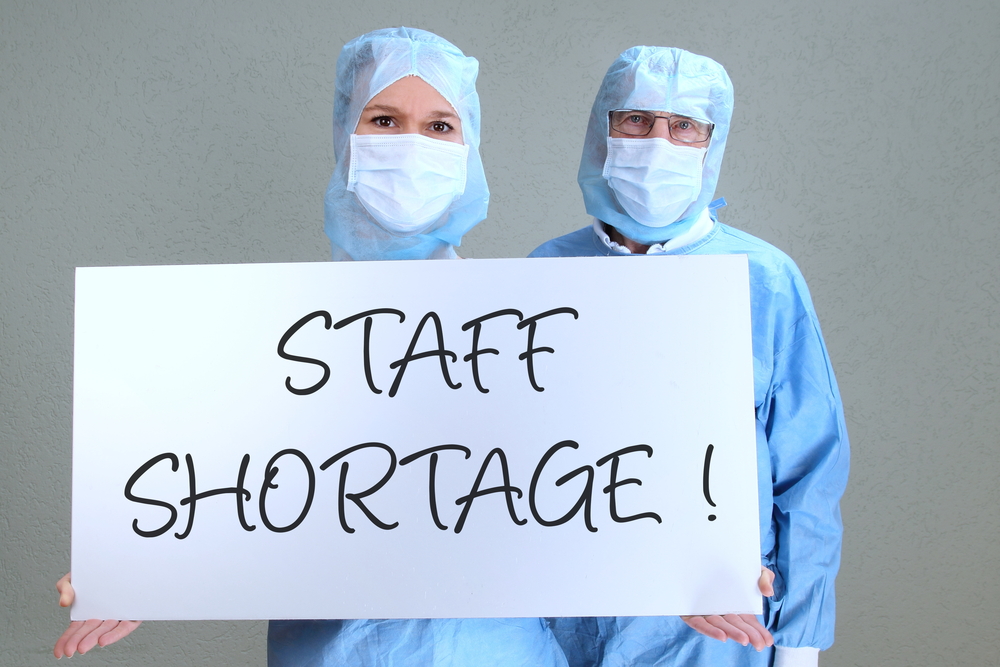 The nationwide shortage of physicians is a very real crisis across all 50 states, causing a huge strain at all levels of health care. Hospitals and clinics are struggling to hire, current physicians are overworked, and ultimately patients have to wait longer.

There are a number of reasons why this has happened, but one thing’s for sure: With the aging population, the problem is only going to get worse.

One estimate from the Association of American Medical Colleges predicts that the shortfall could be as high as 90,000 doctors by 2020. The problem is most acutely felt in primary care, but many hospital-based specialties are also in short supply in certain geographic areas. A number of alternative solutions have been proposed, including increased use of other professionals, including nurse practitioners and physician assistants, and allowing patients to see primary care doctors through non-traditional routes such as stand-alone retail clinics.

Before we discuss any further, let’s focus here on why there is such a shortage to begin with. After all, it may seem bizarre at first glance when you consider that so many people apply to medical school to become doctors and that the number of medical graduates is at an all-time high. So why the shortage?

One of the main reasons is that over the last couple of decades, American medical students have understandably been drawn to much more lucrative niche specialties, including radiology, anesthesia, and dermatology. As well as the lower pay, primary care is also widely perceived to be a significantly more stressful career choice compared to these other specialties — with mountains of paperwork and bureaucracy to navigate (never mind an increasing need to see more patients in less time).

The other very real problem is that the number of residency slots for newly graduated physicians to train in internal and family medicine has not budged over the last 20 years. This at the same time the U.S. population has increased by almost 50 million. It doesn’t take a mathematician to work out how this quickly becomes a problem. In fact, the number of residency positions has remained the same since the Balanced Budget Act of 1997 (when Bill Clinton was still president), which set a broad limit on training positions according to what Medicare would fund.

At the current time, there are actually hundreds of physicians out there who are qualified to enter residency but have not been able to find internal medicine or family medicine residency slots. That’s a travesty at a time of such a shortage. Many of these would undoubtedly make fine practicing doctors who would serve their patients well. Another congressional bill is desperately needed on the U.S. Capitol.

So here is a summary of the three things we can specifically do for primary care:

1. Make primary care a much more attractive career option for medical students. Incentives should include generous loan repayment packages and sign-on bonuses to serve for a set amount of time. Fortunately, this has already been happening to some extent in many places (I’ve encountered many more medical students telling me about these opportunities) — but still more is needed.

2. Drastically expand the number of internal medicine and family medicine residency slots, especially in universities affiliated with underserved and rural areas. Medical school intake probably still needs to be expanded further as well (this shouldn’t be a problem since the number of medical school applicants greatly exceeds the number of slots available). While we are at it, how about taking a serious look at the problem of medical school debt, which can easily exceed $250,000? Aside from the debt burden, this has serious downstream consequences including specialty career choice and ultimately driving up health care costs.

3. Substantially reduce the bureaucracy involved in the practice of primary care. This push needs to start right at the very top if the government really wants a strong primary care sector. One example over the last decade of where things haven’t gone according to plan is with the introduction of electronic health records, incentivized by the federal meaningful use program. Unfortunately, the technology hasn’t yet lived up to its promise and has made life more inefficient and cumbersome for frontline physicians. We need to realize that less bureaucracy for doctors and more time to be productive and see patients is a win-win scenario. Concierge medicine, which is starting to take off, is one such way that physicians have found to eliminate the “middle man” — but hopefully this isn’t the sole answer.

These are just three options for rejuvenating primary care. It is undoubtedly the backbone of any solid health care system. Other hospital-based medical specialties that suffer from shortages — such as hospital medicine and emergency medicine — will also need similar policies over the long-term.

Plastic surgery and the ability to enact surgical justice