The big medical news recently was that sitting hours a day is taking years from our lives, whether we exercise or not. We have heard similar things before, so the now reiterated message is: Yes, we are sitting on a major health risk. Sitting is the major health risk! The new study, a meta-analysis in the Annals of Internal Medicine, purportedly adds precision to the estimate of risk.

There are two rational responses to this, and neither of them involves panic or setting fire to all of your chairs.

First, it does make sense that the amount of time we spend in a chair each day might conspire against health itself.

Sitting may adversely affect health directly, perhaps because the position puts pressure on body parts and adversely impacts circulation. But just as plausible is an indirect effect, mediated by what we aren’t doing instead.

Either way, the answer would seem to be: Sit less. This can be met with a derisive “easier said than done,” but doing it is not really that daunting. Many modern inventions allow for doing desk jobs standing, walking, or even allow for more active forms of sitting. Which of these is best for health is not yet established with good data, so choose whichever works best for your circumstance.

But, of course, it’s not necessary to go that far. Another option is simply to interrupt long bouts of sitting with some movement. If sitting is bad because it displaces motion, this fixes that. If it is bad because of vascular compression, this decompresses the vasculature. A five-minute break for motion once an hour is apt to go a long way toward reverse engineering the harms of sitting, and is likely to work better than coffee for focus and productivity into the bargain.

In general, I’m an advocate of the idea that motion is a good thing. We have a native animal vitality we neglect and all too often squander. Exercise of some kind at some time during the day is great, but there is no reason it should obviate a general proclivity to move as a matter of routine. Take the stairs, not the elevator. Collect your thoughts, or record a memo, while walking — rather than sipping coffee. Or drink the coffee while walking; I like coffee, too.

So, yes — getting up more could only be good.

But then there is the other reason not to panic and burn chairs: This research is only about an apparent association, not proof of cause and effect. The new study is a meta-analysis, and that’s good, but you can only meta-analyze the data you have. To my knowledge, we have no data at all from trials that randomize people to sit for hours a day, or not, and then follow them for years to see differential outcomes. The authors acknowledged that their data set included no such trials and was limited to observational studies of association.

Studies of association can be important but do not prove cause and effect. Perhaps people who sit more are more stressed, and maybe stress is the real health threat. To know for sure, we would need reliable data about differential levels of stress across differential amounts of sitting.

There are other plausible explanations as well. More total hours of sitting may mean more total hours of work, and less downtime. Maybe workload is a factor here. Or perhaps sleep deprivation is a factor. More time sitting means less time outside. Maybe lack of daylight, and conceivably such effects as lower blood levels of vitamin D, are factors as well.

If those hours are spent watching television, perhaps that means spending time alone. Maybe long hours of sitting is a marker for isolation or loneliness, or an impaired social network. Our social connections are on the short list of priorities for health.

In the end, then, the data are really rather murky but the takeaways are fairly clear just the same.

If you don’t exercise, you really should. Certainly not because I advise it. The reason to do it is because your life will be better. Healthy people have more fun. Go ahead and count steps if so inclined, but we might just as well count our blessings when our body parts all work well enough to allow us to choose the activities we like best. Not everyone is so fortunate. If you are, as I am — I recommend taking full advantage of it.

As for sitting, less is certainly better. But it may be that sitting is truly something of a peril in its own right, or it may be that it is merely a marker of excess work, inadequate recreation, poor posture, lack of outdoor time, inadequate social connections, or stress overload. My advice is to consider all of these, and anything else that seems relevant to your circumstance. Then, whatever you decide your personal health threat is most likely to be — try to do something constructive about that. Just make sure you don’t sit on it.

The bacteria that almost killed my grandmother

The fight against MOC: The spark that unites physicians 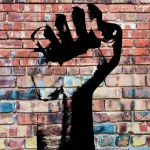 Sitting is a major health risk.  But don’t panic.
1 comments