There’s been a lot in the press lately about the flu shot not being effective this year. This provides an excellent opportunity to educate about what the flu vaccine is and why it is important.

First, a review of basic biology and immunology. Antigens are proteins on the surface of organisms that trigger an immune response. Recognition of these antigens is how your body responds to infection. If your immune system has seen these antigens before, you will have antibodies against those antigens, and then you will have a better and more robust response to that infection. This could mean that your body fights off the infection before it occurs (preventing the infection) or reduces the severity of that infection.

As you may have heard, the flu vaccine can sometimes not be perfectly matched to the circulating flu virus. There are a few reasons why this might happen.

First, when you make a vaccine, you need to determine which strains of the virus will be most prevalent during the coming flu season. Unfortunately, vaccine manufacturers cannot just include all the potential possibilities due to the large number of different strains of the virus. Influenza vaccines are designed to protect only against three or four influenza virus combinations. This is where the worldwide surveillance effort comes into play; scientists use these data to determine which types of influenza virus will be most prevalent during the influenza season.

Second, there is a problem with lag time.  It takes several months to both mass produce the vaccine and then deliver that vaccine in time for the flu season. This makes the process of creating the vaccine very much like shooting at a moving target; the shot must be fired ahead of where the target is. Similarly, scientists must predict which of the circulating virus types will be most prevalent during the influenza season, several months before the season begins.

From the time that scientists decide which of the virus types will go into the vaccine, a few things can happen that may reduce the effectiveness of the vaccine. The antigens on the viruses may drift in small ways with small mutations, and they may shift in large ways, as the influenza virus jumps from pigs to birds and to humans. Also, the influenza virus that was most prevalent when the vaccine was created may no longer be the most prevalent and may have been replaced by another, more prevalent strain of the virus.

Despite the variables, the flu vaccine predictions have proven to be fairly accurate. During the 20 years from 1998 to 2008, the vaccine was considered a good match in 16 of those years.

Also, when more people get the flu shot, it also increases herd immunity. For example, when you get the flu, you may give it to five other people, who each gives it to five other people. Eventually, somewhere along that chain of transmission, a susceptible individual, such as a child, elderly person, someone with chronic illness, or someone getting chemotherapy, is going to get very ill. If more of us are vaccinated, we can prevent ourselves from transmitting it, and perhaps prevent that one vulnerable person from getting it. Consider that the one vulnerable person is the child or grandparent of someone you know — wouldn’t it be worth it?

Last season, the CDC reports that more than 35 million Americans (1 in 9) got the flu, resulting in 400,000 hospitalizations and more than 36,000 deaths over the relatively short period of the flu season. To put that number into perspective, in 2015, it is estimated that about 40,000 women will die of breast cancer, and 27,000 men will die of prostate cancer.

Now if I were to tell you that you could significantly reduce your chance of death from either of those diseases through a vaccine that was widely available, and it would cost less than most of your prescriptions, you’d probably stop reading this article and be on the phone with your doctor’s office. And even if you had heard somewhere that the vaccine was only “moderately effective,” you would still ask for it, wouldn’t you? Of course you would, because you’re a smart individual who makes medical decisions based on facts rather than rumor, innuendo, and fear mongering!

So if you got your yearly flu shot and are wondering if it was useless, it wasn’t. Even if the vaccine isn’t an exact match, it will pay dividends for you and for others down the line. And if you haven’t gotten the flu shot yet, it’s not too late. The flu season isn’t over yet, and the flu vaccine can still give you significant protection.

Chris Carroll and Deep Ramachandran are pulmonary and critical care physicians, and social media co-editors, CHEST. They can be reached on Twitter, @chriscarrollmd and @caduceusblogger, respectively.

Dear anti-vax parents: It's not your fault 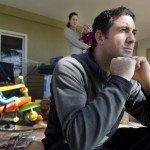 Why getting your yearly flu shot matters, even if it’s not 100 percent effective
6 comments