“Failure is not an option,” people sometimes say. I don’t agree.

I certainly have failed far more often than I have succeeded when I sought to do novel risky business adventures and/or create new products.  Without failure, I would never have learned the lessons of life or the lessons of business necessary to succeed in these spaces. As a physician and surgeon, I can tell you that failure is part of advancing the field.

So much of medicine is both a science in constant development and an art, elegantly practiced by the best of doctors. When I hear a doctor say, “I only do what is approved and permitted,” I hear a doctor stuck in the middle of the field.

When I see a regulation coming from an insurance company stating that they only will pay for proven medicines or procedures, I recognize an insurance business that does not understand that most of the practice of medicine has not been proven by any level 1 high-quality quality study, and those procedures that have been proven may have evolved since that study was completed. In fact, less than 5 percent of all papers submitted to one major sports medicine journal, Arthroscopy, were graded as level 1 studies.

Failure is the fuel of smart innovation. Taking risks means accepting that a certain percentage of the efforts won’t work, especially in surgery and patient care. Horrified? Think about it this way. The patients who come to see me from all over the world come because we have developed novel ways to replace the meniscus, articular cartilage and ligaments in their knees, even in people with osteoarthritis. The most common request is “Doc, isn’t there a shock absorber you can put in my knee. I still want to run marathons, play squash, walk without pain and am not ready for a knee replacement.” The answer is often yes.

We keep track of the success rates of the surgeries we perform. Data published by our research group demonstrated that 79 percent of 120 osteoarthritic patients who had their meniscus replaced were still enjoying all the benefits of their meniscus replacement up to 12 years from surgery. Based on the results seen up to the end of the study, we estimated that patients can expect an average of nearly ten years of pain and function improvements before having to consider joint replacement. Of the 49 high-level athlete patients that we studied, over 77 percent of them were still doing well up to 15 years after surgery.

Yet take note, almost a quarter of these patients did not achieve the level of success we were aiming for. In that sense, failure was part of the risk we both took as physicians and patients

These procedures, despite the successes and 30 years of experience developing them, remain in continuous development.  Although they are constantly improving, most recently with the additions of growth factors and stem cells, they don’t always work. Some knees and some patients will fail our best efforts. Our patients are counseled about this before surgery. We partner with them in the experience of solving difficult problems in novel ways and, fortunately, we have developed salvage procedures in the event the first try fails.

However, failure is our teacher. Failure teaches us which patients, which procedures will work and how to improve them. Without failure the field does not advance and patients are stuck with metal and plastic solutions, which, while not bad, are not for everyone. Worse still, many patients are told to live with their pain and wait until they are older for a joint replacement. Is the fear of failure really worth having people live in pain for a decade or more?

So push the envelope. Accept that things might not work out. Embrace failure as a great option because it permits the success of novel solutions that otherwise would not occur, as long as failure can be corrected later. Seek out success, even on the leading edge of science. And most importantly, reject the systems that prevent you from doing so.

Are safe harbors the answer to medical malpractice? 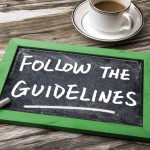