A friend of mine died after outliving her prognosis for more than a year. I was with her at almost all her appointments with various oncologists. She had asked me to be the note taker for these appointments so that she could focus on the discussion as it happened and then have the notes to review afterwards.

Her treatment course was complicated, and her tumors did not respond to the first round of chemotherapy. Because of severe side effects, she decided to not try second-line chemotherapy and opted for conservative management of her symptoms.

I felt honored to have been asked to accompany her on this journey. I learned a lot about my physician and nurse colleagues through their communication with her. They were mostly good, and some were excellent. But that is not the reason for these musings.

At one of her appointments with a medical oncologist, she was asked what she regarded as good quality of life. Without hesitation, she replied: “Being able to work on my laptop.” This shocked me, as I really thought she would say that spending time with her family would be high on her priority list. However, her work was that important to her. She tried to continue working right up until the very last weeks of her life. She was a scientist and had been on leave for a year but still participated in conference calls and answered emails when she could. She was hospitalized off and on during that year and asked for her laptop frequently so she could work, although I was not sure how productive she was given the medications she was taking and the constant interruptions from staff.

I struggled with her choice of work as a marker of quality of life but respected that and never talked to her about her choice. Many years ago, I worked in HIV/AIDS care and learned important life lessons from the young men I cared for. One, in particular, has guided my life philosophy. Michael was 33 years old at the time of his death. He was an award-winning journalist and had written a novel. This, for me, was the pinnacle of success — a book! He gave me the manuscript to read, and I tore through it in a day. It was wonderful, and every time I saw him after that, I asked if he had found a publisher yet. One day he looked at me and said: “It’s not about the book, Anne.” I was dumbstruck. How could it not be about the book? He went on to explain that at the end of his life, what was important to him was his partner and his family. I got it — it’s not about the book/work. I have carried that lesson with me — at the end of life, as many have said, it is not about your accomplishments but about the relationships you treasure.

So, why did my friend say that she valued her work and to me it seemed as if this came ahead of her family? Is that what she really meant or just what she said at the moment? Was this in part denial about the finality of her diagnosis and the lack of treatment we could offer her? Was she protecting herself from the inevitability of leaving her family? Or was it really the work above all? When we depart this life, what do we really leave behind? Will our research findings and published papers live on forever? Or do we really only live on in the memories of our loved ones?

I never asked her about this, and now it’s too late.

Anne Katz is a certified sexual counselor and a clinical nurse specialist at a large, regional cancer center in Canada who blogs at ASCO Connection, where this post originally appeared.  She can be reached at her self-titled site, Dr. Anne Katz.

Do physician assistants and nurse practitioners really save money? 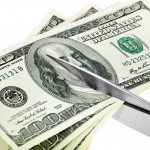 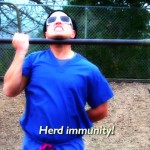 What do you value most at the end of life?
4 comments