Long-Term Danger for Kids’ Tackle Football? Cognitive impairments in retired professional football players with behavioral or mental complaints were more pronounced in those who had played tackle football prior to age 12.

Skipping Doses to Save $$$. Nearly 8% of adults in the U.S. did not take their medications as prescribed in order to save money in 2013.

Do Drug Costs Affect Perceived Efficacy? Parkinson’s disease (PD) patients given an “expensive” placebo had greater improvements in motor function than patients treated with a placebo they were told was cheap, although the scale of the effect was relatively small.

CDC: Measles Outbreak a ‘Wake-Up Call’ The current outbreak of measles that began at the Disneyland park in Anaheim, Calif., is unusual in several ways, a top CDC official said Thursday, but one aspect is disturbingly familiar: most of those contracting the disease apparently were not vaccinated.

Inactivity kills more than obesity: Let's go beyond the headline 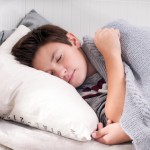