You live like this, sheltered, in a delicate world, and you believe you are living … And then some shock treatment takes place, a person, a book, a song and it awakens [you] and saves [you] from death.
– Anais Nin

On June 12, 2013, my driver and I were on our way to Sierpe, Costa Rica from Manuel Antonio when the road entered a palm tree plantation.  About 50 meters in front of us, a blue hatchback circled into view along a bend in the road, then lost control, veered off into the plantation, and hit a palm tree head on, its front bumper popping out along a dramatic arc back onto the highway.

We were the only people who witnessed the accident, and we couldn’t believe our eyes.  My driver pulled to the side, rushed out, opened the trunk, and pulled out a fire extinguisher.  Flames licked the front of the wreck.  I was afraid the burning vehicle would explode.

He doused the fire, but then a little fire started up again near the front left tire.  His fire extinguisher was empty now, though, so he pulled out his cell phone and called an emergency number.

There was no way to pull the driver out of the car for CPR.  The young man was unconscious (likely died on impact, if not before), clamped tightly by the compressed right front seat.  His head lay to the right, out the passenger-side window.  An arm stuck out the window, too, and his face was bloody, with blood on the ground.

I checked his pulse through a blade of grass to avoid contact with his blood; his carotid and wrist pulses were nonexistent.

We flagged down an eighteen-wheeler and other vehicles for assistance.  One of the drivers brought out a fire extinguisher but squeezed its lever with no effect, so he went back and produced a large container, previously for what seemed to be motor oil, and splashed what was probably water onto the remaining fire, dousing it.

More people had accumulated by this point.   Among other things, they looked at him and repeatedly checked for a pulse.  Then they put their hands on their heads and said “muerte,” one of the few Spanish words I understood.

If we could have pulled him out, if we could have cut away the car, we would have performed CPR.  I could have directed it.  But CPR was impossible.  Eventually, my driver and I got back into the car and drove to Sierpe.

He dropped me off at a waterfront cafe, “Las Vegas,” where I waited for a water taxi to the jungle town, Drake Bay.  The accident I witnessed earlier was on the Costa Rican national news.

Sudden death is spooky.  Day in and day out, the most unusual thing about working in a hospital, relative to working elsewhere in a developed country, is that there are no illusions between you and the brutality of nature, which manifests most terribly as mortality. This is the most disturbing thing. Debility, deterioration, and death constantly force themselves into your view, such that there can be no illusions about what will happen to each of us, and indeed to all animals, everywhere (except, perhaps, the hydra).

I no longer spend a large amount of time in a hospital or acute care setting.  Outpatient medicine is somewhat buffered from the three Ds above.  When I’m not dealing with the three Ds regularly, though, my wishful thinking begins to reconstruct itself: warm illusions of safety, stability, and longevity begin to envelop my perspective again. 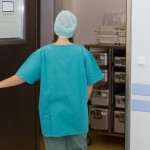