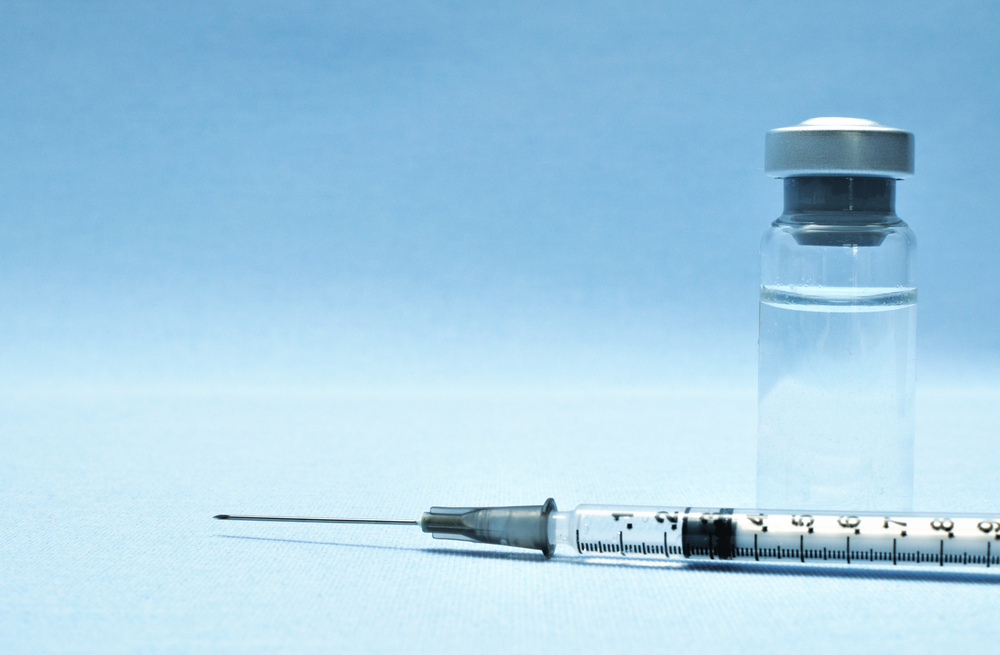 Dangerous ingredients, like toxins, antifreeze, and mercury, are touted by many as reasons to decline vaccination against influenza. However, toxin is an inaccurate term regarding vaccines (a toxin is a poisonous substance made by cells or organisms and is definitely not in any vaccine), mercury is a non-issue (see below), and there is no antifreeze in vaccines (although some contain propylene glycol, while technically this can be used as antifreeze it is also used in lots of processed foods and baked goods and medications and is most definitely not the antifreeze you buy at the auto parts store).

Fear mongering aside, it is very fair to want to know the ingredients of vaccines whether it is for personal education, to learn more about how vaccines work, or to assure yourself that vaccines are indeed safe.

So here are the ingredients in the flu vaccine:

1. The flu virus, either dead (the shot) or weakened (the mist). The body needs to be exposed to the virus to produce antibodies, the natural defense mechanisms. Flublok® is a new type of vaccine. It is a recombinant vaccine and doesn’t even have remnants of the virus, the link tells you more about how it made.

3. Gelatin — a stabilizer in the nasal mist only. This is made from pig gelatin. However, both Jewish and Muslim leaders have declared that it does not break any religious law to receive this vaccine. There is a detailed summary here about the religious aspects with links etc.

4. Sugars, typical sucrose. This functions as a stabilizer. Like water, I don’t think more explanation is needed.

5. Egg or other cell proteins — this is what the virus is grown in, and traces are left behind. Flublok® (injection) does not contain any egg protein as it is produced in an entirely different way. For detailed information on flu vaccine and egg allergy, check out this link.

6. Residual inactivating or extraction materials, such as formaldehyde or Triton-X 100. People think formaldehyde and get freaked out, but it is normally found in our bodies in small amounts. It is true if you drink a bottle of formaldehyde you will get very sick, however, if you chug 10 gallons of water or eat a pound of salt you will also get very sick. One analogy for the inactivating/extraction materials is laundry detergent — 99.99 percent is removed by your washing machine and what is left behind poses no health risk under any conceivable scenario. No matter what you use in manufacturing traces will be left behind. So while these ingredients may sound scary, the amount is almost unrecordable and is very safe. The amount of formaldehyde found in the 0,5 mL of any vaccine is less than 0.1 milligram. Putting that dose in perspective, a pear contains around 50 times more formaldehyde. (Just think how much formaldehyde people must get from juicing!)

7. Residual antibiotics. Antibiotics are needed to prevent contamination during vaccine manufacturing. Traces are left behind (same laundry detergent analogy). See the image and link below for a vaccine specific list.

8. Other stabilizers. These are substances that help keep the environment stable, so the vaccine remains effective. They perform functions like maintain the right acidity level or keep the active ingredients suspended in water. These ingredients are very common and include salts like potassium chloride and sodium phosphate, polysorbate 80 (a food additive), and amino acids. They are present in trace amounts.

9. Thimerosal, a mercury-containing preservative and long the focus of certain autism activists. Thimerosal is only found in multi-dose flu vials (injection). It is a preservative, and it prevents contamination when the vial is used multiple times. Thimerosal contains ethyl mercury.This is not the same as methyl mercury, which is found in dental fillings and fish. Thimerosal may cause minor reactions at the injection site, like swelling or redness, but there is no medical evidence that the small amount of thimerosal in vaccines has ever posed any risk. Thimerosal was removed from all pediatric vaccines in 2001 and despite this there has been no drop in the rate of autism. There are also multiple studies published in respected medical journals showing there is no link between thimerosal in vaccines and autism. Regardless, if thimerosal freaks you out (even though it shouldn’t) you can easily get a vaccine without it.

Keep in mind that a flu vaccine is approximately 0.5 mL of liquid (o.25 ml for under 36 months of age) and 0.2 mL for the nasal mist, so the amount of anything is really negligible. Many of the ingredients are used in everyday manufacturing, either for food or medications, and have a proven track record. For example, here is the ingredient list of Tylenol Rapid Release GelCaps: Benzyl alcohol, butylparaben, castor oil, cellulose, corn starch, D&C Yellow #10, edetate calcium disodium, FD&C Blue #1, FD&C Blue #2, FD&C Red #40, gelatin, hypromellose, magnesium stearate, methylparaben, propylparaben, sodium lauryl sulfate, sodium propionate, sodium starch glycolate, titanium dioxide. Far more ingredients than a flu vaccine.

The wrong dose of anything, found in nature or man-made, is dangerous. The flu vaccine and the ingredients have a long track records of safety and no ingredient should be of any concern (severe egg allergies aside, but there are egg protein free vaccines so that should be a non issue). Anyone who promotes the flu vaccine as dangerous has clearly not read or understood the ingredient list and/or has no idea about vaccine manufacturing (or medications in general), or is promoting a fear-based agenda.

The flu vaccine is safe. 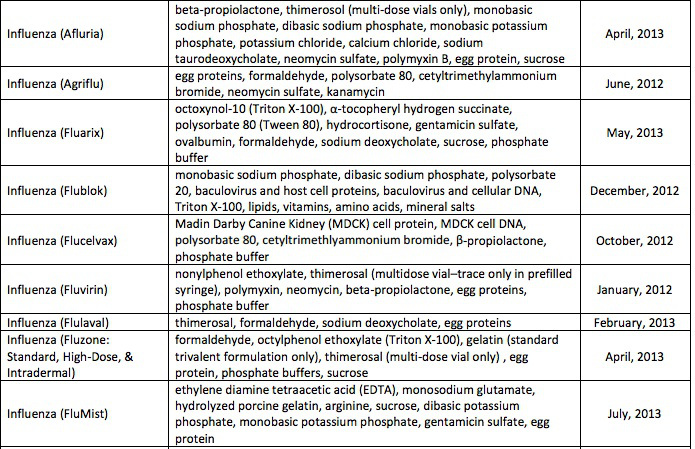 Reflecting on how we raise our children

Scared of the flu vaccine? Let’s see what’s really inside it.
6 comments