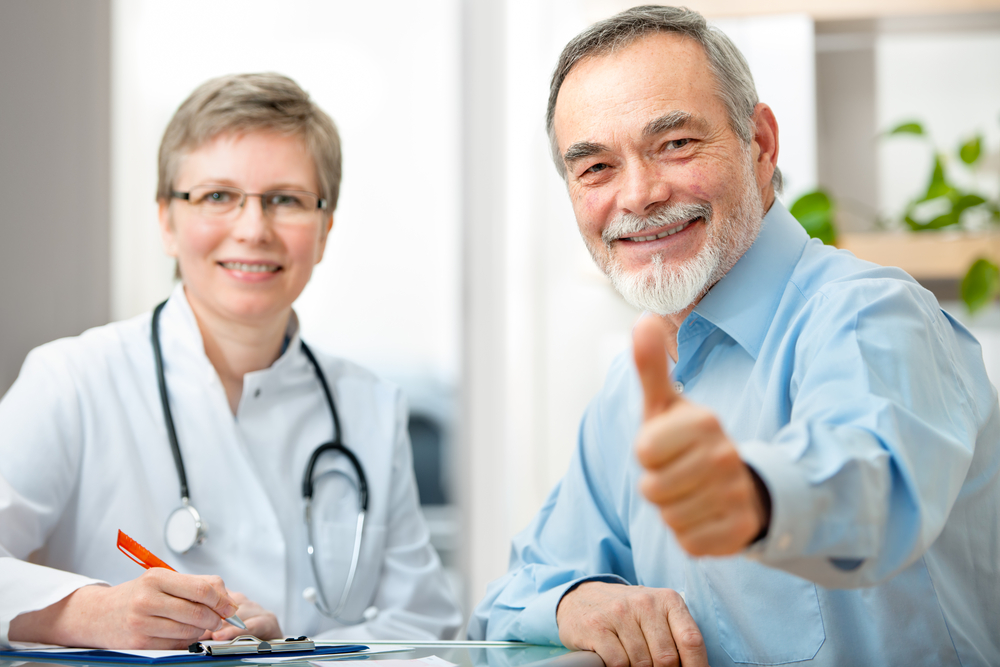 She is a time traveler. She spends an hour with each patient, takes note of each symptom, listens to each emotional concern, takes every call from every worried patient, handles all emergency situations, fills every prescription, handles each every insurance concern, breaks bad news gently, does her hospital rounds, yet is never late to see those in the waiting room.

She treats her patients as unique individuals with unique human emotions but never judges their personal quirks. She is personable yet objective and professional. She looks each patient in the eye but never fails to record the relevant information in the electronic health record within the required time limit.

She makes an accurate diagnosis on the first visit, no matter how many symptoms and habits the patient has withheld. She is humble but always knows the answer. She never orders an unnecessary test, but never fails to order the right one.

She is compassionate, even when her patients are angry or insulting. She misses her son’s soccer game nearly every week but is never curt. She makes life or death decisions every day yet maintains a cheerful attitude.

She treats her patients as humans rather than economic units but runs her office like a well-oiled machine. She neither overbooks nor joins a corporate entity yet manages to keep her practice afloat in an increasingly hostile business environment. She racks up mountains of debt and works long, arduous hours but operates like a non-profit, holding phone and email consultations for free and accepting insultingly low fees from wealthy insurance companies and unsustainable government programs.

She responds directly, quickly, and creatively to every one of her patient’s problems even though she is hamstrung by a web of ever-shifting regulations. She bears ultimate responsibility for the outcome of every decision even though many of those decisions are made by distant bureaucrats who have never laid eyes on her patients, not to mention who have never attended a single course in medicine.

He neither worries too little nor worries too much. He never goes to the doctor when he shouldn’t. He always goes when he should. He never waits too late to handle a serious issue, but never calls his doctor over a silly concern. He knows which is which despite the fact that he never looks on the internet as he knows it’s a sea of misinformation that causes his physician’s eyes to roll. Then again, he takes his doctor’s sarcasms lightly while taking his doctor’s advice seriously.

He makes an appointment for each separate issue, even if he doesn’t know whether they are separate issues. He tells the receptionist every problem up front while respecting her time and his privacy. He never has more than one problem to discuss at any one time, even though he suffers from many.

He is never late even though his doctor is never on time. He knows which symptoms are relevant and which are red herrings despite the fact that he has never attended medical school. He also knows which symptom is most important and makes sure to mention that one up front. He recounts his problems in an unemotionally straightforward manner within the required time limit despite the fact that he is worried, upset, confused, and stressed. He never digresses.

He never gathers too much information on his condition lest he risk coming off as an arrogant upstart or worse, a worrywart. Nor does he gather too little information and risk coming off as an ignoramus. He neither self-diagnoses nor self-medicates with strange herbal remedies despite the fact that he hates wasting his doctor’s time and can’t get an appointment for two weeks anyway.

He remembers every symptom and the exact date when each one began. He can describe the precise nature of those symptoms in ways that are neither confusing nor contradictory, even when they are confusing and contradictory to the uninitiated. He pays for expensive tests, visits, and procedures even though he already pays a ridiculously high monthly premium.

He makes many different appointments to see many different specialists, describes his symptoms succinctly, and mentions only one issue during each visit yet trusts that his doctors have a comprehensive picture of his health. He opens up to a stranger in a white coat about deeply personal matters yet never gets angry when his physician is hurried or dismissive. He is honest about every habit even though he knows his personal information will go who knows where to be read by who knows whom to affect him in ways he knows not.

Introducing Perfect Patient™ and Perfect Physician™ (Made in China). Available in stores soon.

The author is a pseudo-anonymous patient.

Why can't more hospitalists and emergency physicians be friends?