There’s a great song by Don McLean called “American Pie.” The chorus talks about “the day the music died.” I thought about that song in my hospital a couple years ago, when the music died there, too. I’ve noticed that our physician burnout and nurse frustration have increased in the years since the music died. Could it be a coincidence?

McLean’s song was about a plane crash in 1959 that claimed the lives of Buddy Holly, Richie Valens and J.P. “The Big Bopper” Richardson. It was tragic.

What happened at our hospital was tragic, too.

We all know that certain songs can send us down memory lane, for better or worse. Music can also help with healing.

A recent article by Lisa Suennen reviewed that music can help depression and even Alzheimer’s.

One of the doctors at my hospital, anesthesiologist Dr. Fred Schwartz, discovered that premature babies had improved oxygen saturation levels if they listened to their mother’s placenta sounds.

Now, Dr. Schwartz is super-intuitive. And a great patient advocate. He next brought his ideas about music to the surgery department, and the music listening program was born.

The outpatient pre-op area was set up to have individual headphones for the patients and the option of five channels of music (this was before Pandora and Spotify).

Then that all changed.

The hospital hired some consultants to help improve the bottom line. These consultants flew in for a few weeks. They holed up in a conference room and crunched numbers. They never came to check out our pre-op area or the music program.

Imagine our sadness when suddenly the music listening program in the pre-op area was deemed too expensive.

Each headset and music system were replaced with a small TV monitor. Now patients could watch the morning news or loud talk shows or sports as they waited for their surgery.

What was the response?

Patients became either anxious from the onslaught of the news or placid from trying to tune it all out. Not relaxed. Not in a mood of being receptive for the healing that needed to take place.

Like all of us when we have sensory overload and have something to fill in the space, patients zoned out. Their families zoned out when they were visiting them in the pre-op area.

The surgeons found it challenging to speak to the patients before surgery, as the TV monitor blared non-stop just above the patient’s bed.

The calmness that came with the music died, too.

The sense of hope, of laughter, of healing? Yep. Gone, as well.

And what about the nurses, the doctors, the technicians who had seen this all go down?

That’s when the sounds of burnout, of frustration, of disappointment were heard.

That’s when we all looked around and felt that our special hospital, the one that had such a great reputation throughout the state, wasn’t so special anymore.

That’s when we saw that our hospital staff and administration no longer worked together as a caring orchestra, creating a beautiful symphony.

That’s when we lost some of our joy.

And a little piece of us died with the music.

Starla Fitch is an ophthalmologist, speaker, and personal coach.  She blogs at Love Medicine Again and is the author of Remedy for Burnout: 7 Prescriptions Doctors Use to Find Meaning in Medicine. She can also be reached on Twitter @StarlaFitchMD.

Want to practice primary care and be debt free? Here's how. 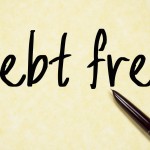 The best doctors expect the unexpected