Patients admitted to the hospital ward sometimes get sicker instead of getting better right away.  Often this can happen acutely. Depending on the circumstances, ranging from a “rapid response” for unstable vital signs to a cardiac arrest (a “code”), previously uninvolved hospital staff might be called on to help.  Despite the commotion, these events are a period of time for the health care team to shine.  At inpatient emergencies, dead patients are sometimes brought back to life.  A well-run rapid response can prevent a code.  Other times, a patient whose illness has progressed gets the care she needs to get better, like a breathing tube and ventilator.  These events can also be pivotal in a patient’s or family’s reconsideration of the goals of care, particularly at the end of life.

At these inpatient emergencies, the person in charge and each team member’s responsibilities vary greatly — by institution and even by the individuals present.  Some doctors, nurses, and respiratory therapists jump right in to run the show or get to work. Others, like the residents in the pilot of the fictional television show Scrubs, would prefer to hide in a closet during a code.

Most often, the necessary pieces fall into place and a lot of resources can be utilized expeditiously, such as transferring the patient to the intensive care unit or a providing a massive blood transfusion.  This requires effective communication between team members and also significant interpersonal skills. However, sometimes the stress and urgency during a crisis can lead staff to blame each other as the case is being sorted out:

“I told you that he didn’t look right this morning,” a veteran nurse might say to an intern who already feels badly enough.

“Why did you let her refuse the 6pm vital signs?” the resident doctor might ask the nursing assistant.

“Who left this patient on fluids all night?” the critical care fellow might ask rhetorically.

Rather than make accusations during the acute event, team members should work together to identify treatable causes for the patient’s deterioration.  All of the staff involved, especially those who have been caring for the patient on the hospital floor, have valuable insights to contribute. In contrast to the above blame game, examples of productive questions during a rapid response might be:

“He didn’t look right earlier this morning, was he given a new medication overnight?”

“It looks like she refused the 6 p.m. vital signs, was she confused at that time?”

“I see he’s been getting maintenance fluids, what was the indication?”

For the medical and nursing team whose patient is not doing well, there can be a sense of guilt and self-critique.  This is natural.  It is critically important to ask the question, “Could anything have been done differently?” But only after the patient gets the urgent and necessary care.  Many inpatient emergencies could not have been averted.  Sometimes, in hindsight, there are identifiable ways to improve practice.  Particularly at training institutions, the participants in a code might choose to debrief the incident immediately afterwards.  Other venues for feedback and critical appraisal include formal departmental morbidity and mortality (M&M) conferences, quality improvement (QI) committees and initiatives.  These can be activated by formal institutional adverse event reporting.  Other patients stand to benefit from these efforts.

Inpatient emergencies are an opportunity for multidisciplinary collaboration between members of different health care teams with varied training and experience. Patients will benefit most when the staff responding to their emergencies maintain a positive attitude and focus on teamwork rather than placing blame.

In his classic 1978 satire The House of God, Samuel Shem outlines the “laws of the house.”  Law number 3 is: “At a cardiac arrest, the first procedure is to take your own pulse.”  An update to this law should include a reminder to save the feedback and critique for after the code.

The spookiness about sudden death 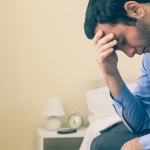