If a foreign government took the United States surgeon general hostage, I’m confident we’d be pretty upset. I think we would be working on reprisals, and maybe even prepping a SEAL team.

I don’t know if it’s better or worse that we need no help from a foreign power to take our surgeon general hostage. Our own political system manages, all on its own.

Admittedly, it’s not quite the surgeon general who is hostage to our political system; it is the president’s nominee, Dr. Vivek Murthy. Dr. Murthy’s nomination is in limbo, because Congress won’t take up his confirmation. We’ll get to why in just a moment.

Before that, however, it’s worth noting that everybody who is anybody in public health and medicine supports Dr. Murthy as a highly qualified candidate. I am pleased to be counted among them, and from a uniquely personal vantage point. Dr. Murthy was a medical student of mine at Yale quite some years ago, and I got to know him well during those formative years. We have remained close, and collaborated, ever since.

He is both an excellent candidate for the job, and a really good person.

But, as noted, his candidacy is, in essence, a prisoner of our political system — or at least, of political discord.

Why? In some reports, Dr. Murthy is cited as having spoken in favor of various gun control measures long before he was a candidate for surgeon general. Naturally, we are talking about truly radical stuff here, like, for instance: Background checks so we don’t routinely arm deranged sociopaths. Or, perhaps, not everyone being entitled to semi-automatic weapons with high-capacity magazines. Truly outrageous assaults on the Second Amendment, clearly.

But we needn’t go nearly that far. The official reason for opposition to Dr. Murthy is a Tweet dated 10/16/12 that states: “Guns are a health care issue.”

If we reasonably take the full expanse of “health care” to encompass both patient care, and public health, I think the only possible reaction to this statement is a yawn, and: Duh!

What can possibly be controversial about this statement? For gun control advocates, there is clearly no cause for dissent. Those contending that guns foment murders and massacres certainly agree that a public health issue is in play.

But there can be no cause for dissent from the most ardent gun enthusiasts either. After all, the rationale for guns-for-all is so that we can defend ourselves, presumably against the harms to which we might succumb if unarmed. Self-defense against harm is, pretty self-evidently, an issue of both public justice, and public health.

And, of course, anything with the potential to involve emergency surgery and blood transfusions is pretty much, by definition, a health care issue.

So here’s the thing: Guns are used far more often for suicide than for either homicide or self-defense. We don’t have all the research we would like on the topic, mostly because the NRA spends pretty lavishly to ensure it won’t get done, but what we have is rather compelling. A peer-reviewed paper from 1998 suggests that the ratio of gun use for suicide to use for self-defense is 11 to 1. CDC data from 2010 indicate that 60 percent of firearm deaths are suicides, and more than half of all suicides are by gunshot.

That second statistic is more compelling than it may seem. After all, most people who contemplate, and then attempt suicide, don’t have guns. So what it means that more than half of all suicides are gun related is this: Most people who attempt suicide do not use guns, but those who use guns succeed much more often.

Guns don’t kill, people kill — even themselves. But guns make them a whole lot better at it.

And that’s tragic, because suicide may result from uncompensated depression, or a moment of despondency that could be assuaged. A suicide attempt is an opportunity to identify the source of such anguish, and restore the chance to live. A completed suicide is: game over. Guns are strongly associated with the latter.

The simple, if sad, fact is that we are indeed all subject to the slings and arrows of outrageous fortune. Maybe at one time or another most of us think at least fleetingly about taking arms against that sea of troubles, and by opposing, ending them. For most of us, it is just a fleeting thought. For some, it evolves into a plan, a gesture, or an attempt. For those with a gun handy, it results far more often in the need for a hearse rather than an ambulance. This is not ideology; it’s just epidemiologic fact.

The surgeon general, whatever his or her views on gun control, has no political authority, and will do absolutely nothing about gun control in office. Even if the position did allow for that, why would that unsettle anybody? Even the president of the United States, openly in support of gun control legislation also supported by a decisive majority of us Americans, can’t get much of anything done about it. Is the NRA really all that concerned about the profound ramifications of a public health physician’s personal opinion? I’m impressed if so, because it must mean I have all kinds of power to which I am oblivious.

Far more likely, nobody actually is all that concerned about Dr. Murthy’s totally predictable, completely uncontroversial position on this topic. It is all just political theater.

But it is bad theater. A public health physician stated — before ever he was under consideration for surgeon general — that guns are a public health issue. We may ignore the fact that he was exercising his First Amendment rights at the time, and posed then — as he poses now — no threat to the Second Amendment rights of anyone else.

Cheer or lament it, public health is no threat to gun rights. But threats to public health that result from ideology over epidemiology, and resistance to statements of fact, are potentially ominous for us all.

However we may differ over guns, I suspect all of us like to live in a society where stating a fact does not bring reprisals. On that basis alone, please tell your members of Congress you would like Dr. Murthy freed from his political prison — and confirmed as U.S. surgeon general. Ideally, no SEALS will get involved.

Consider the lipstick sign in your next physical exam 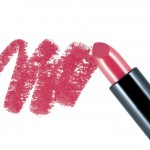 Everyone cries when they bury their dead 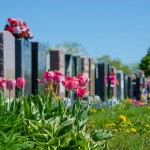 The surgeon general in limbo: It’s time that he be freed
6 comments