Last year, hospitals and health systems underwent 98 consolidations, a 51 percent increase from 2010.  Many of these mergers and acquisitions arose in response to declining government reimbursement and the Affordable Care Act.  Smaller hospitals are having increasing difficulties maintaining a margin and many face high debt burdens, bankruptcy or even closure.

But is consolidation the clear-cut answer?

Here are 4 reasons bigger actually may not be better for all hospitals:

1. Disparate cultures. Organizational culture is a very real thing in hospital systems and has a tremendous impact on cost and patient care.  Just ask anyone who has ever worked in health care.  When hospitals make plans to merge, they often fail to account for the presence of deeply-rooted, disparate cultures.  These conflicting cultures may harbor negative feelings and possible resentment toward one another, especially when situated in geographically competitive areas.  Executives need to be just as intentional when planning to merge cultures as they are when merging finances.

2. Diminishing return on resource consolidation. There is an administrative allure to consolidating back-office hospital functions.  This is a relatively comfortable and familiar strategy for hospital executives and is much easier for them to control than clinical processes.  The problem is that eventually the gains from consolidating purchasing, information systems, insurance negotiations, etc. are maximized.  Then what?  The degree of cost-savings when combining economies of scale is often over-estimated when the organizations being combined are already sizable.  Often they are already maxing out any benefit from group purchase orders, vendors, and insurers.

3. Poor quality isn’t easy to overcome. When a poorly-performing hospital merges with a better-performing hospital, often neither hospital truly benefits.  The erroneous assumption that “good quality by association” will easily occur after consolidation is dangerous.  Hospital systems need to be astute when choosing partners.  A high-performing institution can be dragged down by a disastrous acquisition. The consequences can be even more severe for an acquiring hospital that is already in trouble (the two sinking ships latched together phenomenon).

4. Consolidation may increase costs. We know that the amount of administrative overhead is tremendous in the U.S. health care system (greater than 25 percent of all costs — thanks in part to considerable regulatory burden).  Consolidation often adds to this cost by heaping on yet another layer of administration.  On the practice side, hospital-owned physician groups can end up having to admit patients to a contracted high-priced hospital, and may be further restricted to conducting ambulatory surgeries and diagnostic procedures in more costly hospital outpatient departments.

In order to effectively move our health care system forward, it would make more sense for some hospitals to focus inside of their own walls rather than succumb to the pressures to consolidate.  Ideally, whether consolidation is the ultimate outcome or not, excellence in patient care should be the goal of hospital system transformations rather than purely the acquisition of corporate heft. 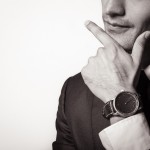 What could a digital future look like in health care?