In the post-Affordable Care Act health care landscape, sweeping hospital closures have created new barriers to access in a system already criticized for its fragmentation and saturation. Looking back over the past 20 years, urban hospitals, and urban trauma centers in particular, bore the brunt of this impact, closing at the highest rates in the country. Now, evidence suggests the impact of urban hospital closures may disproportionately affect those living in poverty, racial and ethnic minorities, and the uninsured.

This concerning trend begs an important question: If urban hospitals are a trusted point of access for low-income communities of color, does their closure undermine the national safety net ORdoes it create opportunities to deploy lower-cost, higher-quality delivery models for vulnerable populations?

To answer this question, let’s look at the contentious 2007 closure of Martin Luther King Jr. Harbor Hospital in Los Angeles.

As a bit of background, MLK-Harbor opened in the wake of the 1965 Watts riots and general unrest regarding the lack of sufficient public investment in communities of color in South Central (now termed South LA). The hospital was to provide health care in one of the poorest and most violent neighborhoods in LA. At the time of its closure, it remained the only public hospital to serve a large part of south LA, treating more trauma patients than almost all other hospitals in the region. Its closure was prompted by a series of egregious medical errors that eventually threatened the hospital’s accreditation.

Mounting quality concerns aside, what was most notable about its closure, was the staunch community protest. In the face of unquestionably dangerous medical practices, the community rallied to protect their safety net; even garnering the support of Congresswoman Maxine Waters, who rose to the cause’s defense in 2004. Despite their efforts, the trauma center was shut down in 2004 and the general acute care hospital closed thereafter in 2007.

So why would a community fight for the failing care of their discredited hospital? Is the safety net worth protecting when it is offering poor care or is the community’s advocacy tacit admission that poor care is better than no care at all? And ultimately, does “no care” threaten the safety net or does it provide an opportunity for something better?

First, it is a basic human instinct to protect what you perceive as yours. Even if what you have is broken. Now superimpose on that instinct, a history of having no say in what is taken from you; a history of abandonment by public institutions charged with investing in your community infrastructure; and a history of displacement driven largely by resource scarcity and discrimination. When viewed in this structural context, the motivations to fight to protect resources become obvious.

Second, let’s explore the idea of fighting for “failing” or “poor” care. Here, the assumption is that low-income communities of color either don’t understand or don’t want, quality. Why else would they protest the closure of a bad hospital, right? In this case, I think we’ve got the assumption wrong. Americans love a deal. We want more for less. Whether it’s super-sizing our french fries or buying into the housing market at the right time, we want quality and we want it at a bargain price. In this way, quality is an American value that translates across the economic spectrum. But sometimes, “the deal” trumps quality. So the real question is, what is the “deal”?

In the case of MLK-Harbor, if there is not another medical facility near your home and public transportation is unreliable, or if you are uninsured and you cannot afford a second opinion, or if the medical specialty you need is only available at your local provider; then the deal is access, the deal is cost-savings, the deal is specialization. This is why low-income populations are vulnerable. Because their lack of resources offers them abad deal, around which there is little leverage.

So it is not that poor care is better than no care. It is that no care should no longer be an option, but for many, that is the deal they are left with. So as engineers of the system, we have to create something better.

And herein lies the answer to our initial question. It does both.

Because urban hospitals are a trusted point of access for low-income communities of color, their closure undermines the national safety net and creates opportunities to deploy lower-cost, higher-quality delivery models for vulnerable populations.

In attempting to forge a better health care system in the midst of our broken one, every failure is an opportunity for improvement. As the Affordable Care Act re-organizes the medical landscape into regionalized, micro-systems that are accountable for local populations, it provides the opportunity to consider our past failures and the global impact of shifting costs and shifting care on the vulnerable.

The tension between eliminating inefficiency, maintaining quality, and controlling cost while elevating the voice of the community and prioritizing the needs of the under-served, remains. These are the challenges that loom at the forefront of a health care system that seeks to cut costs and maximize quality for all. But this is a cause worth fighting for and I’m all in. Are you with me? 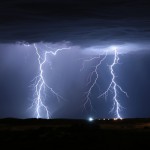