I once wrote about the communication difficulties caused by electronic medical records systems. The response on Twitter ranged from sentiments including everything from “right on, sister” to “greedy doctors are only complaining about EMRs because of their price tag.” The disconnect between policy wonk’s (and EMR vendor’s) belief in the transformative power of EMRs and exasperated clinician users of these products is jaw-dropping. Physicians are often labeled as obstinate dinosaurs, blocking progress, while policy wonks are considered by physicians to be living in an alternate reality where a mobile phone app could fix all that is wrong with the health care system.

Being on the dinosaur side, I thought I’d try a quick experiment/analogy to demonstrate that EMR dissatisfaction is not a mere cost artifact. To show what happens when a digital intermediary runs medical information through a translator, I selected a random paragraph about the epidemiology of aphasias from an article in Medscape. I copied and pasted it into Google translator and then ran it backwards and forwards a few times in different languages. In the end, the original paragraph (exhibit A) became the second paragraph (exhibit B):

“Not enough data are available to evaluate differences in the incidence and clinical features of aphasia in men and women. Some studies suggest a lower incidence of aphasia in women because they may have more bilaterality of language function. Differences may also exist in aphasia type, with more women than men developing Wernicke aphasia.”

“Prevalence and characteristics of men and women are expected to afasia is not enough information available. If afasia some studies, women work more, not less, because they show that the spoken language. There may be differences in the type of OST, women and men to develop more of a vernikke afasia, more.”

Although the B paragraph bears some resemblance to A, it is nearly impossible to determine its original meaning. This is similar to what happens to medical notes in most current EMRs (except the paragraph would be broken up with lab values and vital signs from the past week or two). If your job were to read hundreds of pages of B-type paragraphs all day, what do you think would happen? Would you enthusiastically adopt this new technology? Or would you give up reading the notes completely? Would you need to spend hours of your day finding “workarounds” to correct the paragraphs?

And what would you say if the government mandated that you use this new technology or face decreased reimbursement for treating patients? What if you needed to demonstrate meaningful use or dependency and integration of the translator into your daily workflow in order to keep your business afloat? What if the scope of the technology were continually expanded to include more and more written information so that everything from lab orders to medication lists to hospital discharges, nursing summaries, and physical therapy notes, etc. were legally required to go through the translator first? And if you pointed out that this was not improving communication but rather introducing new errors, harming patients, and stealing countless hours from direct clinical care, you would be called “change resistant” or “lazy.”

And what if 68,000 new medical codes were added to the translator, so that you couldn’t advance from paragraph to paragraph without selecting the correct code for a disease (such as gout) without reviewing 150 sub-type versions of the code. And then what if you were denied payment for treating a patient with gout because you did not select the correct code within the 150 subtypes? And then multiply that problem by every condition of every patient you ever see.

Clearly, the cost of the EMR is the main reason why physicians are not willing to adopt them without complaint. Good riddance to the 50 percent of doctors who say they’re going to quit, retire, or reduce their work hours within the next three years. Without physicians to slow down the process of EMR adoption, we could really solve this health care crisis. Just add on a few mobile health apps and presto:  We will finally have the quality, affordable, health care that Americans deserve. 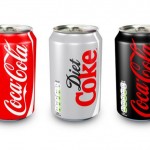 Tagged as: Health IT, Neurology