Since Ebola was first discovered in 1976, there have been an estimated 16 to 22 recorded outbreaks. In August, the World Health Organization designated the most recent outbreak a global emergency.

Ebola is a deadly infection and the scope of the current epidemic in West Africa is unprecedented. More than 17,000 people have contracted Ebola virus disease (EVD) with more than 6,000 estimated deaths.

Many in the health care field have criticized the response of world leaders and health officials. Yet so far, the risk of contracting the disease in the U.S. appears minimal. Only 10 cases and 2 deaths have been reported in this country. That fact hasn’t tempered fears much. In November, nearly half the participants in an online poll considered Ebola a “moderate” or “major”  public health threat to Americans.

Ebola is a terrible disease and we need to do everything we can to protect people from it. But as a doctor and CEO, I can’t help but notice a double standard relative to the Ebola response. U.S. health officials have spared no expense and health care workers have, appropriately, insisted no preventive measure is too extreme. Meanwhile, another infectious disease has been killing thousands of Americans each year with very little media fanfare or public outcry.

Much of what people in the United States know about Ebola surfaced through media coverage. And to the media’s credit, Americans now have a clearer understanding of how Ebola is transmitted and how to stop this disease from spreading.

Over the past three months, the volume of media coverage has been extraordinary. In fact, a Google News search for “Ebola” returned (at press time) nearly 8 million results since September 30, when the first confirmed case of Ebola was diagnosed in the U.S. And although interest among readers and viewers accounts for much of the expanded coverage, part of the media frenzy has been driven by health care leaders focused on risks to the medical staff caring for these patients.

But the same individuals who demand all-out efforts to protect caregivers from Ebola have remained relatively quiet about this other infectious disease that kills thousands of patients annually.

This other disease — Clostridium difficile (C. diff) — is linked to more than 400,000 infections and 14,000 deaths each year in the U.S. alone. And yet, most Americans have never heard of it.

C. diff is a common cause of diarrhea and death for hospitalized patients in this country. It is 25 times more prevalent in the U.S. than Ebola is worldwide. However, a Google News search for “C. diff” returned just 1,370 results since late September, less than 0.1 percent of the Ebola coverage.

This disparity in coverage can be partly explained by the newness of Ebola in the U.S., combined with the high mortality rate overseas. But there’s much more to this disparity than meets the eye.

In the U.S., early experience tells us the risk of dying from Ebola is around 20 percent. And although the average patient who contracts C. diff faces a fairly low risk of dying, C. diff mortality rates can climb as high as that of Ebola once patients require intensive care.

Both are extremely dangerous and deadly diseases. But there is one major difference: Who is at risk.

Ebola infects otherwise healthy individuals while C. diff is confined to relatively sick people, particularly those on powerful antibiotics in hospital settings. Health care workers risk their lives caring for individuals with Ebola. But statistically, they’re more likely to spread C. diff to their patients than they are to contract it. That’s because the most common way C. diff is spread is on the hands of health care workers who fail to wash up between patients.

As hard as it is to believe, studies show that nearly one-third of hospital workers fail to wash their hands when moving from patient to patient. More than a decade ago, the Institute of Medicine published a report claiming up to 98,000 people a year die because of medical errors, equal to a 747 aircraft crashing each day.

Cynics quickly pointed out that when a 747 plane crashes, the pilot goes down with the plane. When hospitalized patients die as a result of health care workers not washing their hands, the “pilot” survives.

Caring for patients with Ebola is complex. It requires extensive training and elaborate equipment. The CDC is now traveling the country and has confirmed that 35 destination hospitals in the U.S. are doing everything possible to protect health care workers and patients alike.

Given these staggering statistics, how is it possible for caregivers not to wash their hands when they go in and out of a patient’s room? Excuses abound. Health care workers tell themselves it is not essential to wash if a patient seems healthy. They may rationalize that it’s too much trouble or that they don’t have the time. But make no mistake, if improper hand hygiene put 14,000 caregivers at risk of dying, the culture and rules of health care would change rapidly.

Of course, we need to do everything we can to protect the population at large from Ebola, especially those dedicated individuals caring for its victims. As TIME’s Nancy Gibbs writes, “Anyone willing to treat Ebola victims (runs) the risk of becoming one.” We owe a debt of gratitude to these Ebola fighters who have risked their lives providing care to the African communities so severely impacted by this disease. Through their efforts, we are making real progress toward stopping the outbreak. After all, preventing the spread of Ebola in West Africa is the best way to protect people in the U.S.

But we as a health care community must also invest the same level of passion and concern to stop the spread of C. diff and other hospital-acquired infections. No health care worker wants to hurt patients, but it happens. And all too often, the health care double standard is to blame. 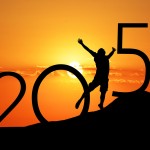 Our fascination with Ebola exposes a double standard
2 comments