A while back I was sitting in a Toronto coffee bar and, as I often do in another country, I began chatting with people about their health care system. One employee taking people’s orders was about to go off duty and sat down to visit. “I’m tired of hearing you Americans talk about rationing in Canada,” he said. “Let me tell you how many MRIs I had when I was riding my bike and got hit by a motorcyclist.”

He had been injured and received an MRI when he was admitted to the emergency room plus a couple more during his hospital stay. Nobody put him on a waiting list; nobody argued that he didn’t need the procedure. He didn’t have to worry whether the doctors who gave him emergency care or the doctor who interpreted the MRIs were in his insurer’s network or out of it. He made a full recovery and paid nothing for the service when he received it. No $250 or $500 copay for an ER visit, now customary in the U.S.

The server’s injuries warranted some quick MRIs. Another patient suffering from a less serious mishap or seeking diagnostic testing might have to wait for a while. That’s when other countries’ waiting lists grab headlines in the U.S. That’s when opponents of other countries’ health systems point to their shortages and long wait times and claim we don’t ration health care in America.

As narrower insurance networks begin to limit where we can get our care and contradict the American notion of abundant choices, I thought about the Canadian bicyclist and the waiting lists in his country for some non-emergency MRIs. Yes, Canadians do wait for some procedures in some provinces because provincial and federal governments have chosen not to fund MRIs or CT scans for everyone who wants or demands one on the spot. It’s one way the country controls its medical expenditures.

Even in Canada where patient prioritizing allocates which patients will get care first, new evidence comes in noting that MRIs are still being overused with no therapeutic benefit to patients. MRIs for lower back pain are among the most frequently requested scans in the Canadian health system. Yet researchers found that more than half of the scans at two big hospitals were inappropriate or of uncertain value to the patient. When that happens, those who really need them may wait longer.

No country can afford to give every citizen every health care service that comes along. Narrow insurance networks are one way we are controlling our medical expenditures. Insurers choose only providers who agree to accept what the insurers want to pay — in theory pushing down the price of care. If patients want to go to the high-priced cancer hospital, for example, they pay out of their own pocket or go without.

That’s also the theory behind sky-high deductibles, co-insurance and co-pays for commonly used services (such as emergency room visits, diagnostic tests, and outpatient care), or limitations on number of physical therapy visits an insurance policy will pay for.

If patients want these services, they pay more out of pocket, postpone them or skip them altogether. Instead of rationing with waiting lists, America rations with price. If some patients don’t have $600 for an MRI co-pay, they may not get it, and studies have shown that people do forego care when cost-sharing increases.

Like Canada, the U.S. also overuses medical technology. CT scans in emergency rooms come to mind. But when there’s talk of using this type of service more rationally, cries of rationing ring through the media.

That rhetoric may be changing. The case of the hepatitis C drug Sovaldi, with its $84,000 price tag, and other similarly expensive drugs now waiting in drug makers’ pipelines, may mean the U.S will have no choice but to look to its northern neighbor on how it allocates care.

Those high drug prices are unsustainable for the health care system, says John Rother, who heads the National Coalition on Health Care, which is raising awareness of high-priced drugs. Some state Medicaid programs are considering limiting Sovaldi to the sickest patients. Arizona has already done this.

Yes, we do ration health care in America. It’s just that those affected the most are those who have the least income. In America, we have become oddly blasé about income inequality and its consequences, increasingly willing to let those without simply do without. But the mere hint that a needs- or evidence-based process might be used to allocate scarce or high-priced health care raises an outcry from those accustomed to getting what they want, when they want it. Something’s gotta give.

Burnout in medicine: Look beyond your comfort zone 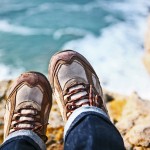 Yes, we do ration health care in America
14 comments