With enough twists and turns to fill a screenplay, the tech industry’s recent split-up saga raises a couple of interesting questions in the health care world. Primarily, which direction will the health care industry turn? Will it consolidate into larger entities or split into separate parts? And what will any of it mean for patients in terms of   future health care costs and outcomes?

The business of health care vs. technology

Health care shares certain similarities with other industries, but also houses major differences. To understand what lies ahead for the business of health care, it’s important to understand how its economics and practices differ from corporate America:

1. Health care spending is less discretionary. Unlike a computer, smartphone or TV, most people can’t do without medical care. And when they need it, patients are more concerned about quality and access of care than they are about the price, especially when that care is paid for by an insurance company, employer or the government. Often, these payers have little control over the total cost of individual care. With patients blind to cost and payers unable to influence total expenses, doctors and hospitals have little incentive to operate more efficiently. In fact, health care mergers — ones that bring multiple providers together — are often more about gaining market clout than driving down costs. Increasing market share gives providers negotiating power over insurers. And usually, the result is higher costs for patients, not lower ones.

2. Health care is local. In general, tech companies consolidate to create national or global economies of scale. They spin off their parts when they believe the increased focus on each part will lead to greater performance. That’s where health care overlaps with corporate America. It explains why some doctors become heart surgeons while others focus on neurology. In health care, the approach provides higher quality but often at higher costs. Consolidation for efficiency is more difficult among health care providers. That’s because health care is limited by geography in ways corporations aren’t. For example, restrictions prevent doctors from providing health care across state lines. Efficiency is also limited by the need for duplicate administrative structures and by hospital coverage arrangements when patients want to obtain in-person services locally.

3. Health care has a perverse business model. For decades, the U.S. health care industry has operated under a fee-for-service model, paying providers for each procedure, test or office visit. This approach creates perverse incentives that punish efficiency. Instead of working smarter, the path to financial success for most doctors and hospitals has been to provide as many services as possible at whatever price the market will bear. The recent implementation of the Affordable Care Act and health care reform has begun to shift this model and the calculus.

Today, accountable care organizations (ACOs) — groups of physicians, specialists and hospitals that join together — can accept prepayments or bundled payments and are rewarded for the improved health and satisfaction of their patients. However, pay-for-value approaches like these remain uncommon in most places.

In Silicon Valley, the business-trend pendulum swings periodically between spinoffs and consolidations. In fact, most of the companies making headlines by dividing into parts were the same ones absorbing and merging with other companies in the past. Symantec grew in large part through acquisition. HP has made several notable (and some notorious) acquisitions, including EDS, Palm, Compaq and Autonomy. And PayPal? In 2002, eBay acquired it for $1.5 billion.

The spinoff/consolidation pendulum could swing just as rapidly in the health care industry down the road. In the short term, however, we might expect hospitals and physicians to consolidate more for negotiating power than for the sake of efficiency, price or improved performance. However, depending on whether the health care industry changes how its services are sold and reimbursed, providers in the future may use the increased integration to become more efficient.

Alternatively, a few companies in the industry may decide to spin off their parts for a variety of reasons – and with a variety of consequences for patients.

For instance, some of the projects and side businesses insurers have created to increase revenues and margins might be more valuable and better managed as independent companies.

Take United Health, the nation’s largest insurance company, which generates a significant percentage of revenue from its information and consulting company Optum. This part generates higher margins than United Health’s traditional insurance business and would be highly valued as an independent company. But this would only make sense if United Health can find investment opportunities on the dollars paid, which provide equivalent revenue with lower risk.

If so, they theoretically could reduce health insurance rates for subscribers and gain market share. But if they can’t they’d be forced in the opposite direction, having to charge even more for their insurance in the future.

And don’t forget the role of the health insurance exchanges in this saga. Formed under the Affordable Care Act, online exchanges could open the door for delivery systems (think: academic medical centers or large integrated providers) to compete directly with traditional insurance companies. To lower prices and attract consumers, delivery systems might decide to eliminate the insurance company as “middle man.” Health plans, of course, understand this risk and are experimenting with lower-cost models offered through very “narrow networks.” By spinning off the most expensive physicians and hospitals, this limited network alternative can reduce total costs significantly. As such, we may see a battle brewing between insurance companies spinning off providers and the new ACOs spinning themselves off, thereby eliminating the traditional insurance organizations and some of the associated overhead.

In either case, the question will be whether consumers will opt for lower premiums even if they significantly reduce provider choice. This was not a trade off many were willing to make in the past. But health care reform is fundamentally changing the economics of the industry.

Consumer sensitivity to health care costs, competition and capitation arrangements will increase pressure for all parties to reduce prices – one way or another. If doctors and hospitals can’t figure out how to improve the efficiency of their care delivery or are unwilling to accept less individual revenue in return for greater volume, the consolidation process could force them to simply do more to compensate for lost income. Or, alternatively, they may join together and use market size and clout to increase their payments.

So, does the saga of Silicon Valley spins and splits portent the next wave of announcements in health care? No one’s sure quite yet. But one way or another, size will drive the economics of health care. If providers consolidate for greater market control, prices will probably go up. But if they merge to achieve economies of scale, costs could go down.

If insurance companies spin off the expensive parts of their delivery system, costs will go down assuming patients are willing to accept a dramatically reduced set of choices. But if hospital systems and for-profit insurance companies focus exclusively on margin generation, they may reduce unprofitable services and close hospitals in the most socioeconomically challenged communities they serve.

No one really knows whether the consolidation activities of today will reverse as they did in the 1990s. But with the economic pressures facing governmental agencies and commercial businesses, the size of health care’s business units will change in one direction or another. Only time will tell which way it will be. 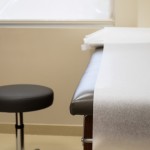 Silicon Valley breakups: Are there lessons for health care?
6 comments