“So, is this the sickest list you’ve ever had?” the resident asked me at 2 AM, after I finally finished checking off all my boxes for the night. I nodded. I agreed.

I was also shaking.

I had been covering nine patients that night. Almost none were stable. In the span of one shift, we called three rapid responses. One person went into cardiogenic shock right in front of me was transferred to the cardiac intensive care unit. Another developed a severe abdominal infection and was on her way to the operating room for emergent surgery. For the past ten hours, I had been getting continuously paged about potassium levels, urine output, fluid settings, and specialist recommendations.

In my fourth and final year of medical school, I made the decision to pursue internal medicine, which entails becoming a generalist for any and all ailments an adult might develop. One of the things I liked most about it was its incredible range. On any given day, I might be counseling on prevention, honing in on a challenging diagnosis, or offering comfort after a devastating incident.

Our training, however, is somewhat skewed. Full-fledged doctors spend a lot of their time in outpatient clinics, dealing with generally stable patients and focusing on prevention and long-term management of chronic conditions. Most of our training, however, takes place in the inpatient setting: the busy, chaotic hospital, where patients have become too ill to stay at home.

That month — and that night in particular — I was getting used to the sicker side of things.

I had previously thought about medicine broadly in terms of science and humanism, but I began to appreciate a third factor just as strongly at play: systems. I was no longer considering the doctor-patient relationship, I realized, but the plural doctor-patients relationship. The individual patient does not exist in a vacuum, but rather within a system of many other patients — and they lay on a spectrum of illness severity, ability to communicate, and prognosis. As I gained more responsibility, I struggled with how to triage the sickest individuals and most pressing tasks while not neglecting any one person and any one concern.

The reality of inpatient medicine is this: At any given time, we are responsible for five to ten patients, perhaps two of whom might take a turn for the worse at any moment; perhaps one of whom is a diagnostic mystery being followed by multiple subspecialty experts; and perhaps three of whom have complex social circumstances calling for significant efforts to be spent on things like insurance and housing. Pagers buzz every few minutes, and we have to decide when to run to the patient’s bedside immediately and what can wait a few minutes or even hours. Most tales of doctor-patient interactions are told in a vacuum, isolating a linear trajectory from an actual web of many storylines. In reality, all these storylines are simultaneously pushed play.

To deal with this reality, I had to become my own triage system. When given long lists of patients to manage, I learned to ask a seemingly simple question: Is this person sick, or not sick?

I worked with one attending who specified that the patient’s overall “sick” status should be the very first sentence of passoff, when day team doctors pass on info to night team doctors. I worked with a resident who labelled her patient lists with red stars to denote everyone considered “sick.” As we discussed patient care on rounds, I noticed more and more how ubiquitous this setup was.

I can see how a “sick or not sick?” dichotomy might seem confusing, or perhaps painfully simplistic. After all, aren’t all hospitalized patients “sick”? Had I known that after my investment of four years of medical school, over $200,000 tuition, and countless hours of studying that “sick” was the best phrasing I could come up with, I would have thought it terribly anti-climactic.

But this framework is actually one of the most valuable ways of thinking about patient care I’ve developed as I gained more responsibility and more independence.

Earlier that month, I was admitting a patient from the emergency room, and the emergency room intern paged me an update: The patient’s rectal exam was positive for blood. I stared at the page, weighing the possibilities. Did he mean the test to pick up trace blood not visible to the naked eye was positive? Or did the exam result in him withdrawing a gloved finger soaked with blood and leaking clots? The page, unfortunately, was from the same intern I had already called twice that evening with clarifying questions. Did I dare call back a third time? I didn’t want to be that medical student.

But guiding my decision to shamefully pick up that phone was the underlying question: What next? Did she have a slow bleed that could be managed for now by monitoring blood levels? Or was it enough to ask gastroenterology to do a colonoscopy right now? Enough to give her a blood transfusion overnight?

“Sick or not sick” means something. Now, notably, “not sick” does not mean not in pain, or not suffering, or not sympathetic. Rather, it is a heuristic for predicting whom might require the most attention, and whom we expect to improve without complication. It is a way of navigating and forming priorities in an inherently chaotic environment.

And it changes management. There are things you do for sick people, which are things you can wait on or avoid for less sick people. It’s a status that tells you what urgent consult to call on a Sunday night, and what can wait until Monday morning. When to watch and wait, and when to take action. When to send to the emergency room, and when to take two Advil and call me in the morning. All the decision branchpoints, large and small, are influenced in some way by where on the spectrum of “sick” the patient lies.

When the resident asked me if this were the sickest list I’d ever had, I thought about the patient we had sent to the cardiac ICU. For days she had been becoming more sick; for days her name on my list was marked with a star.

Her transition to the ICU was a deeply unfortunate outcome. But it was not preventable. We had done everything right to forestall it as long as possible. We had treated her correctly and compassionately.

Had it been just a few months earlier, I might not have been able to make those calls. Knowing she was sick was how I was able to do it.

Patients give us many clues when they’re sick. Now, and for the rest of my career, my job is to listen to them.

Improve the lives of primary care doctors. Here's how. 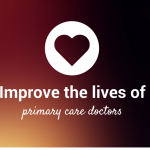 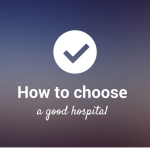