When an unconscious person is first brought to the emergency room, there may be little indication if the individual has diabetes or a thyroid condition.

Since millions of people have common hormone health conditions like these, emergency room clinicians and other acute care providers need to watch for cases where an endocrine disorder is causing or contributing to a medical emergency.

More than 29 million people in the United States have diabetes, according to the U.S. Centers for Disease Control and Prevention. And that’s only the most common endocrine disorder. The endocrine system and its chemical messengers are integral for key biological functions, including reproduction, growth and development, bone health, balancing the body’s systems and maintaining energy levels.

As the population ages, hospital admissions are climbing and the people we are seeing have a more complex constellation of illnesses. By 2025, the United States is expected to have 62.5 million people over age 65, according to the Endocrine Society’s workforce analysis published this year. That represents a nearly 67 percent increase from 2010 levels. With the growing number of older individuals, the Society predicts a corresponding rise in endocrine conditions like osteoporosis, thyroid nodules, obesity and diabetes. Often, these conditions are diagnosed in individuals who already have other chronic illnesses.

While specialists generally handle the methodical evaluation and treatment of patients with both endocrine and other chronic conditions, other healthcare providers often wind up in the position of caring for patients in crisis. Clinicians in this setting need to be prepared to properly treat complications such as thyroid storm, adrenal insufficiency and hyponatremia.

When confronted with one of these cases, it is all too common for clinicians to take the approach of bringing disease markers such as abnormal glucose levels, blood pressure or sodium levels into the normal range as quickly as possible.  A rapid correction (and sometimes even an overcorrection) in these levels can often worsen a patient’s condition and even be fatal. This error in judgment is particularly common among clinicians who are early in their careers or those that do not specialize in treating endocrine conditions.

This widespread misunderstanding shows how important it is to educate young physicians and clinicians who treat a variety of patients about the best treatments for endocrine and metabolic emergencies. As clinicians, we need to share the most effective treatment practices and take advantage of continuing education so we can handle the influx of patients emergency rooms already are seeing.

Glenn Matfin is a physician in the United Kingdom National Health Service and editor of Endocrine and Metabolic Medical Emergencies.

What's the right way to think about Ebola? 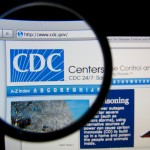 7 ways to help your caregiver 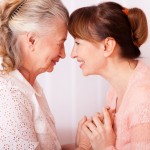