I have been a victim of diagnostic overshadowing by a primary care physician.  I’ve been dealing with major depressive disorder, recurrent, severe and anorexia for twenty-five years — practically my entire adult life.  However, I work full-time and I’m a published writer.  At the time I saw this PCP, I was on hefty doses of Cymbalta (an antidepressant) and Abilify (an antipsychotic which can also be used to boost the effects of an antidepressant).

Although I had several issues to discuss with her during that visit, my chief complaint was lower back pain which had been plaguing me for about six months.  My back hurt badly, especially when I attempted to get out of my bed in the morning and while I drove to work which took an hour each way.  The rest of the day it was stiff, but not as painful.  I tried to communicate those issues to the doctor.

Diagnostic overshadowing was the topic of an article in the New York Times titled “When Doctors Discriminate.”  The author, Juliann Garey states, “At least 14 studies have shown that patients with a serious mental illness receive worse medical care than ‘normal people.’  Last year the World Health Organization called the stigma and discrimination endured by people with mental health conditions ‘a hidden human rights emergency.’ ”

This PCP poked lightly several times at the small of my back.  “Does this hurt?” she asked.

“Yes and not really when I pressed in the same spot,” I heard her murmur.

I got angry.  Why was she trying to deceive me, to paint me as a liar?  How could I explain to her that the pain was deep in my back, not likely to be apparent if she just pushed a little into the skin?

Steaming and flushed with shame, I gave up and shut up.  Each time she asked another question I answered either “No, that doesn’t hurt,” or “I’m fine.”

I sent a letter outlining my perception of the experience I had with her along with a copy of the New York Times article.  I wrote that I thought due to my disclosing that I was on significant doses of psychiatric medication, I believed she took the stance that my pain was “all in my head.”  I indicated I would not be returning.

It took me another six months of being in agony with my back before I summoned the courage to see an orthopedist. My back got worse.  I developed rectal bleeding from all the ibuprofen I was taking.  When I turned over in bed in the middle of the night I screamed in pain.  It took me ten minutes to get out of bed in the morning because I had to move inch by inch.

The orthopedist’s office sent me for an x-ray before I saw him.  When he came into the examining room he introduced himself and said to me, “Your x-rays tell an interesting story.”  He turned around the computer and explained what I was looking at.  He pointed out the abnormal space between the vertebrae and told me he was going to send me for a CT scan.

Several days after the scan I received an e-mail from him with the results which he summarized.  “Degenerative disc disease.  Spinal stenosis.  Herniated disc.  Arthritis of the spine.“  He referred me to a pain management specialist within the same medical group.

When I received the results of the CT scan, I briefly considered forwarding those to the PCP with a copy of the original letter I had sent her six months earlier.  I was still in pain and the memory of that visit still stung.  I refrained, suspecting that it wouldn’t have any effect on the way in which she made judgments on people with mental illness.

My experience was minor compared to what others with similar mental illnesses face.  The New York Times article states, “people who suffer from a serious mental illness and use the public health system die 25 years earlier than those without one.”

I know that I’m going to be on these medications for the rest of my life and as I age (I’m currently 53) and as my health issues increase I most likely will encounter additional doctors who have the same attitude as that PCP.   I’ll just have to have my antennae up.  Perhaps I’ll even try to educate these white-coated men and women on the fact that I don’t belong in a straitjacket.

Andrea Rosenhaft is a patient. 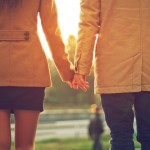 After the latest school shooting, social media accounts should be monitored 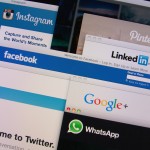