Four months ago, a 44-year-old woman was referred to me by her audiologist and ENT for acute deafness of the right ear. She is a healthy woman without any past medical history and was not on any medication. Her otolaryngologist (ENT) could not find any physical reason for the patient’s acute unilateral deafness, including a negative CT scan. She was being referred to me to determine if there was an infection etiology for her deafness.

Infections can cause deafness and it is usually broken down into two broad categories, viruses and Lyme disease. Viruses that have been associated with deafness include measles, mumps and rubella. The patient had been vaccinated for these viruses, as were her children. Also, the patient did not remember having any cold or flu symptoms prior to the illness. This then beg the question: Is this Lyme disease?

Historically with Lyme disease, only fifty percent of these patients even remember being bitten by a tick. Then somewhere between 50 to 80 percent of Lyme patients report the bullseye rash that is seen during the acute disseminated phase of the disease, which occurs several weeks after the bite. There are three phases to Lyme disease:

Testing for Lyme disease, in my opinion, is not as much unreliable as it is insensitive. In other words, many patients will test negative for Lyme disease but do have the disease.

It has been my experience that a positive Lyme test helps, but a negative test does not rule out Lyme disease. There are other diseases that share the same fate. At a recent ABIM board review course, they talked about the insensitivity of ANA testing for lupus. Lupus ANA testing has been found to be very insensitive, and the diagnosis is clinical, and not based on laboratory findings. At that same board review, they said that the earlier you diagnose and treat Lyme, the better the prognosis. In all the conferences I’ve attended that is the first time I’ve ever heard that said.

In the case of my patient, both her Lyme Western blot and PCR were negative which meant the diagnosis had to be made clinically. Initially, I tried minocycline orally, but after a few weeks there was no improvement. At this time, I decided to try the intravenous route with Rocephin (ceftriaxone), which is always a challenge to get insurance to approve the medication. Fortunately, in this case, insurance had approved the use of Rocephin for more than four weeks. I have to believe that the documentation from her audiologist and ENT helped make the case.

After six weeks of IV therapy, I’m happy to report that the patient now has 40 percent speech discrimination in the right ear, which was initially zero. In addition to continuing her IV antibiotics, she is in the process of getting approved for hyperbaric therapy, which has also been shown to work with chronic Lyme patients.

Diagnosing and treating this patient is a labor-intensive effort. It takes patience and understanding in order to be successful. Unfortunately, for many in my profession, both are in short supply. Mix that with not fully understanding how to view the data before them, and many patients are dismissed and labeled as kooks. It’s time to be less dismissive and learn to look and listen better.

Andrew Pugliese is an infectious disease physician who blogs at Sinusitis Blog. He can be reached on Twitter @SinusBlog. 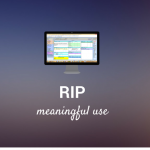 A diagnosis of HIV: God had nothing to do with it