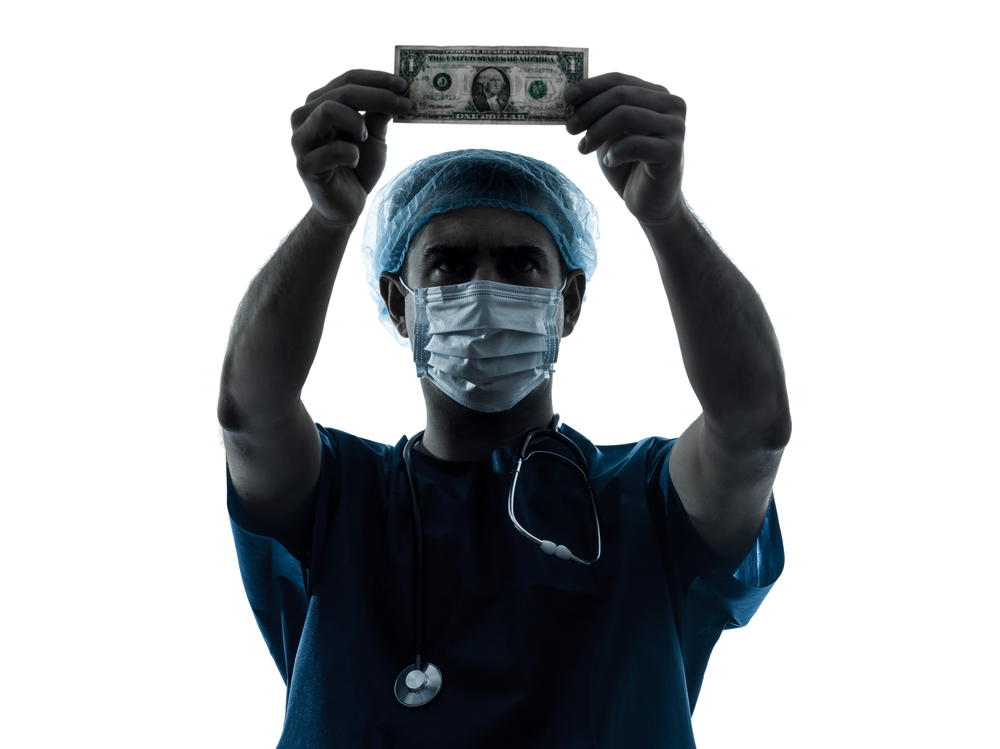 Medicine is not about money, except when it is.

When I was in my residency training, pharmaceutical reps still roamed the land. Vast herds of gorgeous young women in tight skirts and stilettos traveled through doctor’s offices, clinics, hospitals and residencies all over creation. Their appearance was always a thing of joy, especially for sleepy, hungry physicians-in-training. Someone would run to the ER with the news, “Hey, Kim’s here and she brought sandwiches!” Both facts left the male residents (and who knows, maybe some of the female residents) giddy. We would wolf down lunch, listen to the pitch and gather up a pen or two. Then it was back to life as usual. There were male drug reps. But I suspect the female of the medical species was a bit more discerning and less suggestible.

Of course, the reps also left samples. We loved samples, because we could give them to poor people who had no way to afford prescriptions — not even cheap ones. The reps also helped us learn to recognize bad science when it was presented, and it sometimes was. Over time, the rules changed. Reps couldn’t give out gifts and food as easily as before, and instructors began to shield their students, and residents from the intellectual predation of Big Parma, carefully camouflaged behind low-power studies, big hair and plunging neck-lines. (Trickery, trickery!) And the poor were blissfully disentangled from the moral conundrum of free samples.

Admittedly, research suggested that we doctors were influenced by the 30 pieces of silver (well, the 30 meals and pens) they handed us. Researchers said we wrote prescriptions because companies gave us stuff. And to be fair, “back in the day,” some doctors received very nice trips, event tickets and other perks. I once knew a physician to whom a company brought lavish lunches every day, thanks to his prescribing practices.

These days, reps are constrained, but still survive and reproduce in the medical ecosystem. Perhaps we could call them “threatened but not endangered,” in biological terms. Frankly, I always liked them, young or old, male or female. They were just doing a job, like all of us.

But the prevailing attitude in medicine towards the reps, and pharmaceutical companies, was all a shade of the way we were taught to view money in medicine. Even in medical school interviews, we weren’t supposed to say much about money. “I just want to help the sick and helpless. What do you mean, money? You get paid to be a doctor? How about that!” We were supposed to pretend that money wasn’t part of the process, even though we knew it was. And presumably, our tenured professors had an inkling as well.

Having been taught for a long time that the drug companies were just “in it for the money,” I’ve not been especially keen to hear their pitch anymore. And my wife is my preferred sexy sandwich maker … just as she was when I was a resident. But I recently had a little epiphany. I was attending a large national medical convention and it hit me as I looked around the auditorium. There were signs for pharmaceutical and medical device companies everywhere.

Miracle of miracles, the money they donate is clean! I just never realized it. I was further comforted by the conference disclaimer, “the sponsors in no way influence the content of the educational offerings.” I always said they didn’t influence my prescribing decisions either, but nobody believed me.

Covering the floor of the exhibit hall were companies of every sort, attached solidly to the mammary glands of modern medicine. Scheduling companies, recruiting companies, billing companies, malpractice companies, collection companies. Even companies that sell electronic medical records systems. You know, the kind mandated under the Affordable Care Act? The systems sold by corporations, to large hospital systems (as required), so that they can more effectively bill and generate… money!

Money has always been and will always be a big part of medicine. It doesn’t really matter if it funnels through the scrubber of government. Those who own corporations, hospital or pharmaceutical or anything else, (and those who do medical research) will still be connected and will still profit (and bow to) their connections to “big gov.”

But the truth is, those companies (like government) also do important things. Yes, they make oodles of money, sometimes unfairly. However, they continue to make the things which allow us to be effective doctors. Without their research and products, physicians would be well educated men and women standing around, saying “I’m so sorry for your loss. But I know why it happened!”

We need to readjust the way we educate physicians. Young doctors need to understand money more clearly from the start (especially the $200,000 in school loans part). But they must also grasp the hypocrisy that tells them that medical businesses, like pharma, are inherently evil (because money, you see), even as hospitals, doctors, governments (yep) and all the rest continue to try to accrue more of it.

I suspect your average drug rep understands that better than most medical students. But don’t worry. I’ll be careful not to ask one.

When you can't share experience: The power of listening

It's time to tell fast medicine to slow down 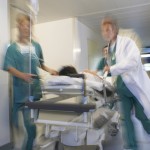