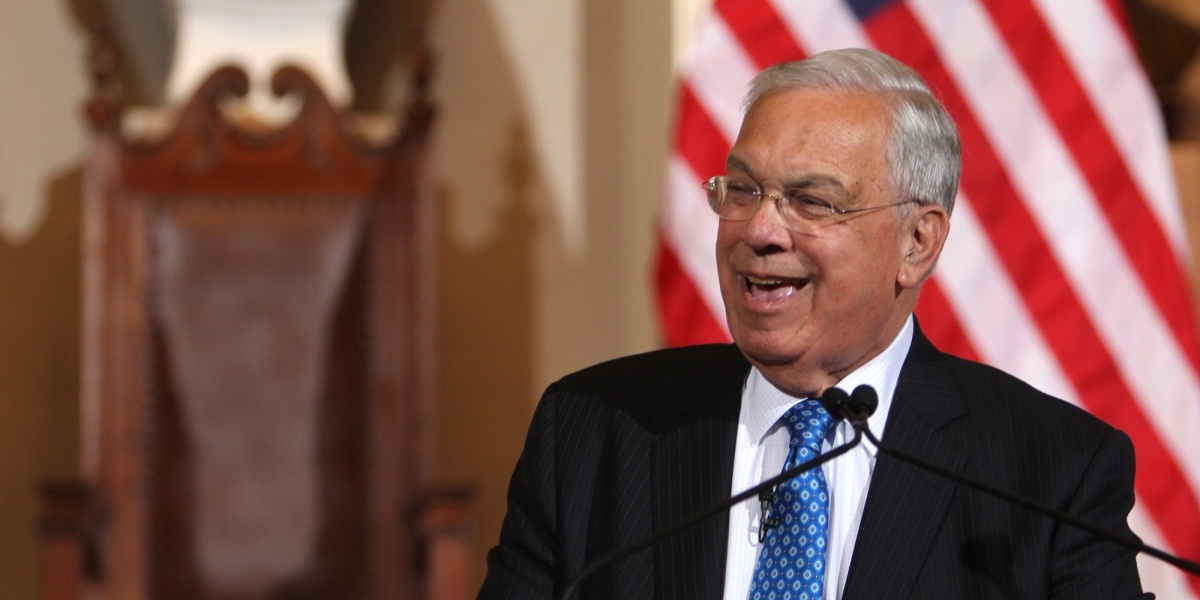 Beloved and deeply respected Boston mayor Thomas M. Menino died on hospice in Brigham and Women’s Hospital recently.  Menino developed advanced cancer of unknown primary (CUP) in the spring of this year, and after six months of chemotherapy, he elected to stop active treatment.  Reportedly he was comfortable, and surrounded by friends and family at the time of his death.  The press, the Internet, and the streets of his city, mourn the passing of a great man, as, just one more time, he teaches us by his life’s example.

The shared and open conversation about cancer in the United States, started with the example of another great leader.  Up until the 1880s cancer was seen as a great rotting, a disgrace, a sign that one’s body was corrupt because of the corruption of the soul.  No one talked about the dread illness and those who were struck low were doomed to die in shame and alone.  Then, ex-president and honored Civil War general, Ulysses S. Grant was affected by mouth cancer, the harvest of years of tobacco use.  What made his eventually fatal illness remarkable was that for the months that he suffered, it was a public affair.  Because of the nation’s love for him, the newspapers, the tabloids, gave almost daily reports of the ups and downs of his illness.  Instead of shame, he allowed his condition to become the focus of conversation and he changed the entire conversation about cancer then and forever more.

By not retreating into the shadows, by maintaining a public persona through much of his illness, Grant taught the country that cancer was a disease of the body and not of the person, the soul.  After his death, even though most people, indeed most doctors, did not have even a basic understanding of tumors, we began the public discussion which, over the coming century, has allowed tremendous advances and hope.  A great leader taught not with his words but with his ultimate and personal deed.

Last year Angela Jolie taught us about family, genetics and the toughest of decisions.  Lance Armstrong, though still mortal, taught us that after stage IV cancer it was possible to excel and go on.  Betty Ford taught us about breast cancer.  Gilda Radner about bravery.  Hippocrates named the awful disease.

Starting this April, Mayor Menino taught us about a strange illness, an advanced cancer that seems to have no beginning.  Cancer of unknown primary means that the original site, the primary, is either too small to find or has died.  The aggressive remaining cancer spreads throughout the body. This illness affects over 30,000 men and women in the United States each year.  Though occasionally there are remarkable improvements, and even the rare cure with chemotherapy, it generally has a grim prognosis. CUP is often advanced when discovered and resistant to treatment.  Occasionally, this illness responds to medicine, which at times can extend life, but even then it is often not curable.

And at the end, Boston’s mayor, a great public warrior who never backed down from conflict, teaches us that there may come a moment in our lives when it makes sense not to fight anymore.  When it is OK to say, “enough,” and be at peace.  Too many patients never hear the words, “it is not necessary to take more treatment.”  Mayor Menino, like so many public figures in the past, leads us now, not by his words but by his deeds … by his life and how he met its end.  We are saddened by his death, but we are grateful for his example.

Everyone, even those that are the most public, the most successful, and have climbed the highest peaks, has an absolute right to privacy, especially at the terrible times of cancer and disease.  Therefore, their continued sacrifice and willingness to share their lives during extremely difficult moments, is the purest of gifts, because even though it is of incalculable value, we can never return it.  They teach us, show us and change us.  They give us direction.  They lead.  For that gift of love, we must be always thankful.

Our thoughts and prayers go to Mayor Thomas M. Menino and his family.

A factory model of health care can only go so far

What Mayor Thomas Menino taught us about cancer
1 comments