In July 1991, I was beginning my first year of medical school in Rochester, New York. I was filled with excitement and anxiety on beginning a journey in medicine as I started on the road to becoming a doctor.

At that time, Rochester was in the national spotlight because of the actions of one of our faculty members, Timothy Quill. In March of that year, Dr. Quill published a piece in the New England Journal of Medicine, in which he described his relationship with his patient, Diane. She had been diagnosed with acute myelomonocytic leukemia and had decided against chemotherapy. In their discussions, she had relayed to him how important it was to maintain control of herself, her dignity, and her life. She even told him that “when the time came, she wanted to take her life in the least painful way possible.” Later, she requested barbiturates for sleep, and instead of automatically prescribing them for the reason she had given, he sought information — he wanted to know more precisely why she had asked for them and how she intended to use them.

Dr. Quill wrote that, “having enough barbiturates available to commit suicide when and if the time came would leave her secure.” And he not only prescribed them, but went on to state how he “made sure she knew how to use the barbiturates for sleep, and also that she knew the amount needed to commit suicide.” And that’s what she did. One day, she said goodbye to her family, asked to be left alone for an hour, and when they returned, they found her lying still, “covered by her favorite shawl.”

I remember hearing about this for the first time, initially shocked at the story he dared to publish, but also deeply touched by his honesty. I came to admire him for writing this piece, even as a grand jury had convened to decide whether or not charges would be leveled against him. It alarmed me that he could be charged with a crime — for an act filled with kindness and in respect for his patient’s wishes—though I was fully aware physician-assisted suicide (PAS, today also referred to as “physician aid in dying”) was (and still is) illegal in the state of New York. As my classes commenced, the grand jury’s decision was released; Dr. Quill would not be indicted for helping Diane die. Along with an entire medical community in Rochester, I was relieved, happy he would not be punished.

However, beyond Dr. Quill’s action and Diane’s death, one thing bothered me about the story Dr. Quill shared — it was that Diane had died alone. That is, her family could not be present when she took her life — that perhaps because of the law around assisted suicide then, she had asked her family to leave her when she decided to proceed. It saddened me to think about it then, and it still does today.

As an oncologist, I consider it a privilege to walk this very difficult path with my own patients, most of whom express a desire to live, at all and any costs. However, when the time comes — when their bodies are no longer strong enough to withstand the cancer or the treatment (or both) — my patients have stopped treatment and most are able to transition to hospice. Indeed, it has been a wonderful thing to hear from families about the wonderful care afforded to their loved ones (my patients) in hospice and how much of a gift it was to be together at that time.

But the reality is that not all of my patients are going to live out their final weeks in hospice. As oncologists, we still have patients that come to the hospital in their last days.

Such was the case with Victoria,* a vibrant 30-year-old woman with cervical cancer. I had known her since her diagnosis, two years earlier. Her cancer was advanced at diagnosis, but confined to the pelvis. I had anticipated cure, and she had gone through treatment with only minimal side effects. Yet, a year after I told her she was cured, she re-presented with jaundice and bone pain. A CT scan confirmed diffuse metastatic disease involving her liver, bones, and lymph nodes.

We had talked then of expectations and prognosis. I told her treatment was available, but that she would never be cured. She cried, screamed “Why me?” Ultimately, she decided to proceed with treatment, and together we tried several regimens, none of which worked for very long. In the last six months of her life, she required multiple admissions due to cancer-related complications, like bowel obstruction, nausea, and pain, and at her last admission, I told her it was “time.” She had been so sick for so long that she met the news with what to me appeared to be relief. “Okay,” she said. “But, can I just stay here? I feel safer in the hospital. I’m afraid of being at home.”

“Yes,” I told her. We initiated a morphine drip, changed her management plan to comfort measures only, cleaned up her medication list to only those essential for her comfort. Her parents stayed at her bedside, and I called her best friends. Within days, her room (and that hospital wing) appeared overtaken by young people, somber and quiet. They took turns being by her bedside, and each day Victoria became less and less responsive. On her last day, she lapsed into unconsciousness. Her breathing was erratic, and I sensed her time was short. I brought her parents in and the room emptied so that only her immediate family and best friends were at her bedside.

“What do we say?” Her friend asked.

“Where I grew up, we believe the spirit will stay until we can assure them we will be okay,” I told them. “Maybe, give her permission to let go. Let her know you’ll be all right. Tell her you love her, you’ll miss her, and you’ll never forget her. But, let her know, too, that it’s okay to let go.”

I stayed with them while they talked to her, caressed her face, taking turns kissing her cheek, until finally, Victoria took one last, deep breath. She passed on, surrounded by her family and friends, and embraced in a circle of love that scattered beyond the walls of that room, that wing, and that hospital. I witnessed her death, and it was perhaps one of the most important moments in my career — and one that has played out with other patients and families.

In the years that have followed since medical school, I have never been asked to help a patient end his or her life. Indeed, I have come to realize that these requests are rare; in one systematic review, less than 0.5 percent of deaths were attributed as such. However, the movement to allow patients access to physician aid in dying is more than just the right of patients to choose how and when they die; it will also allow those closest to a patient the option of being present when he or she takes their last breath — so they do not die alone.

I read that Brittany Maynard died “surrounded by those she loved.” It was something that Diane apparently did not have in the final hour of her life. For me, death with dignity is incredibly important. But, when I imagine my last hours, I hope I am surrounded by the people closest to me, immersed in love, even as I leave this world.

* Case has been anonymized.

The public's lack of trust in science is alarming 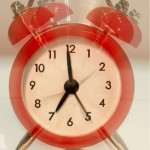 Can writing about medicine change medicine for the better?

What does a good death mean to you?
1 comments