To the inevitable backdrop of John Philip Souza marches and presidential photo-ops, big soda has announced that it will do some vague kind of something about the excesses they contribute to our intake of calories and sugars over something like ten years. (Unless, of course, they don’t.) Cue the 21-gun salute! Release the confetti!

Folks, that this is heralded as “huge” news — and by our former head of state, no less — is testimony to abject cultural ineptitude for everything related to health. I know, I should tell you what I really think. All righty, then — I will.

The pledge by the large soda companies is as noted. Many of the usual suspects among my colleagues have opined, mostly with predictable opinions for those paying attention, and been cited in the customary places, from the New York Times, to USA Today, to CNN.

My views are as follows.

1. Yes, this is better than nothing. Big soda might have said: “We know you are getting fat and sick, and feel we are implicated; but frankly, we don’t give a damn as long as you are foolish enough to keep buying what we sell.” Actually, that would have been refreshingly honest. But I guess we can be grateful just the same that they didn’t say that. I don’t think it would have earned a hug from Bill Clinton.

2. Big soda is catching this wave, not creating it. Soda sales are declining as concerns about sugars and calories grow. If soda companies seem not to care, they risk being left behind. The cynic in me wonders if by pledging to do something about this issue, big soda is actually working at an almost subliminal level, implying that they should control these trends, not other forces. By tinkering with our psychology, perhaps big soda is lulling us into an acceptance of their foxes guarding our hen houses.

3. The proof will be in the bubbles, not the blather. The soda companies have given themselves a decade to put their products where their mouths are, so only time will tell if there is really much to this. We may all recall that McDonald’s pledged to remove trans fat in accord with a certain timeline — but then didn’t, because it was hard.

4. Much of the potential benefit depends on how soda companies do this job. There is certainly no public health benefit going sideways from one kind of sugar to another. I have long been very dubious about any meaningful benefit of artificial sweeteners, either — and the most recent research on that topic lends support to my concerns. Smaller containers are apt to help a bit — unless everyone just buys them in multi-packs. File all this under: We’ll see!

Don’t get me wrong — I am by no means in the camp that responds to every public health challenge by calling on all individuals to lift themselves up by their bootstraps. I know damn well that some of us don’t have and can’t afford boots. I know that the choices we make are subordinate to the choices we have. I know that a fight between teams of Ph.D.s in psychology, nutritional biochemistry, food science, and marketing — and harried soccer parents — is entirely unfair. I believe that many of the best defenses of the human body reside with the body politic, and that the body politic may be held accountable for its irresponsibilities.

But on the other hand, I have yet to see a gun (another topic!) to the head of prospective soda drinkers as the straw is put to their lips. Folks, we really don’t have to drink this stuff.

We may want to lay the blame on big soda. After all, they not only concoct these potentially addictive formulas, but spend lavishly on highly influential marketing. Who are we to defend our hapless, helpless selves against the predations of slick marketing?

Well, that is an interesting question that begs another. What if our kids come home from school hooked on crack, heroin, or crystal meth. Will we be upset? I suspect so. Will we hold our kids accountable?

I imagine we might want to, but they could say: “But the kid selling the stuff was a really persuasive salesman. Seriously, great marketing! I was helpless.”

Well, I guess that would make it OK then.

Or, of not, why let ourselves off that very same hook? Nobody forces our kids to buy drugs, and we arm them with priorities and values as self-defense against sales pitches. If we’ve done our jobs right, it’s enough. Most kids resist.

The excess calories and added sugars (or chemical alternatives) of sodas will harm many more of us over our lifetimes than all illicit drugs combined. Can’t the same rules apply?

If you don’t care about reducing your intake of calories or sugar — for yourself, or your children — then what big soda does or doesn’t do over the next decade is moot. It’s your life, and your health, and you are the boss. If you feel nothing needs to be done, then what they plan is much ado about that very nothing.

For the rest of us, though, who do care about calories, sugars, weight, and health — why do we need big soda to reduce calories for us? It’s a bit brutal folks, I admit, but here goes: The fault is not in our sodas, but in ourselves — that we allow ourselves to be underlings to the bullying of marketing aiming for profits at the expense of our health.

Whatever big soda does or doesn’t do over the next 10 years devolves to fanfare for nothing if you choose to apply the magical formula to make those calories, sugars, and chemistry-experiments-in-a-cup disappear right now: Stop drinking the stuff.

Who is blocking EMR interoperability? You are. 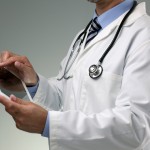 The public perception of oncologists: Is it really true?

Do we really need soda companies to cut calories for us?
8 comments