I was finishing tying my shoes as I got dressed to take my lovely wife out to dinner for our 41st wedding anniversary. It was 7:30 p.m. after a hectic day at work and we had a wonderful dinner planned at a local restaurant.

The telephone rang with the caller ID identifying a call on my office work line.

“Hello this is the emergency department, please hold on for Dr. S.” Before I could get in a word edgewise I was put on hold. Five minutes later Dr. S got on the line.

“Steve this is Pete. ‘Dr. Rheumatology’ saw your mutual patient Mrs. T this afternoon and she was complaining of shortness of breath beginning three weeks ago. She complains of overwhelming fatigue. He sent her here for evaluation. Her exam is negative. At rest she doesn’t look short of breath. Her EKG doesn’t show any acute changes but I do not have an old one to compare it to. Her chest x-ray is negative and her oxygen saturation on room air is 97% (normal is greater than 90%). She has lupus and multiple autoimmune problems and is on many immune modulators. Maybe she has a constrictive cardiomyopathy or restrictive lung disease. I called Dr. Rheumatology and he said this isn’t his department and to call the primary care physician (PCP) to admit the patient.  You are the PCP.”

I told the ER physician I had not seen the patient in over six months or heard from her but I would be right in to see her.

I explained to my wife that duty calls and there was a sick patient in the ER. She was extremely understanding. On the drive to the ER I called the rheumatologist to ask him his clinical impression because he had been seeing her every two weeks and had examined her just that afternoon. He returned my call and we discussed the clinical aspects of the situation and his thoughts. Then I told him that I thought he should have called me when he sent the patient to the ER if he expected me to assume care. If he did not call then he most certainly should have called me when the ED doctor called him to report on the findings and he said call the PCP. Handoffs should be direct especially in an acute situation and especially if you sent the patient to the ER and do not intend to take ownership of the situation you sent the patient to the ER for.

He told me that in 30 years of practice no one had ever criticized him for this and he does it all the time. He told me he had been working long hours and did not have time to call referring physicians. I told him that was no excuse and if he was working that late maybe he needed to restrict his patient volume so he could communicate in a professional manner.

I arrived at the ER 20 minutes later and learned that the patient had been there for three and half hours already. She had been in the ER while I had been at the hospital earlier that afternoon checking on another patient. Had I known she was there I could have easily seen her, cared for her and still made my anniversary dinner.

A review of her old EKG and comparing it to the new one, plus taking a thorough history and exam, revealed the problem. She was having a heart attack. Her bouts of shortness of breath with activity with overwhelming fatigue were her equivalent of crushing chest pain.

Getting called to the hospital during off hours is part of a physician’s way of life. Having a colleague take your role and time for granted at the expense of the patient is disturbing and unprofessional.

All too often today physicians, both specialists and primary care, don’t take the time to communicate directly and clearly with their colleagues about patient care.  When this happens, clearly the patient is negatively impacted.

ACOs and the patient-centered medical home will not cure this. Only courtesy, respect and putting the patient first will change things. 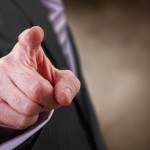