Media deprivation: Do you think it exists? Although laughable at first glance I know I’m not the only parent who wonders if limiting screen time could change my child’s opportunity. Those of us who fiercely control screen/device time may have momentary lapses where we wonder if we’re doing things right. Even though I’m convinced there isn’t a study telling us that typically-developing children need media/apps/screen time to learn how to think and evolve into compassionate, successful, and happy adults, part of me wonders if my screen policing isn’t ideal.

There may be an inverse relationship worth noting: Perhaps the more a parent loves technology, the more they see technology’s omnipotence and its invasive, devious elegance. Do those of us who adore technology consequently limit its use at home? Unsure there are data to back this up, however there are some nice anecdotes. Turns out, Steve Jobs was a low-tech parent. “We limit how much technology our kids use at home,” he said. In addition, The New York Times reports that Chris Anderson, former editor of Wired Magazine and current CEO of a drone company draws hard lines: “This is rule No. 1: There are no screens in the bedroom. Period. Ever.”

The American Academy of Pediatrics guides us that media should be limited (ideally to less than 2 hours daily) and advises us to protect the sanctity of the place our children sleep by keeping screens out. Pediatricians work heroically in the office trying to help families get a sense of why moderation with media matters and the benefits for making media plans. You’ve probably heard about concocting a “media diet” and ways to reduce screen time, especially before bed. Some of us take it pretty far … our children may go days and weeks without screens while at home. Perhaps it’s my own technology enthusiasm and unending quest for balance with devices that has me locking up all the tablets and computers at home. In our home the phones, tablets and computer have taken the place of Drano — they’re up and out of reach.

Most parents know that the keeping an eye on a child’s “TV time” morphed into limiting “screen time” this past decade. In addition, most of us also know that what content or shows our children watch matters (i.e., watching Red Dawn is different from watching Sesame Street). For most, stark deprivation isn’t the typical media strategy especially with our phones always in reach. The app space remains a bit of the wild west when it comes to mastering screen time and rearing our beloveds. We’ve been told by advertisers that new apps and devices aren’t only OK, they may actually delight and teach our children. In my mind, it’s those claims and proclamations that demand more study. Is the electronic babysitter any better than the real one?

I’m unconvinced that educational apps are necessary for my boys yet I bring this is up because I suppose there’s a hint of wonder. Last year at the end of the school year, I began to doubt our choices. I asked my then 1st grader’s technology teacher, “Do you think I’m limiting his screens too much? Does he need time on the computer while at home?” She didn’t have an answer and endorsed whatever decision we made, clearly stating he wasn’t falling behind from a tech stand point at school. So summer unfolded pretty much screen-free.

A 2013 Common Sense Media (CSM) poll found that 7 percent of kids have their own tablet and half of all kids have used mobile apps. While educational games were most frequently used (43 percent), more than 40 percent of the others were of course, “just for fun.” On average, CSM found children spent about 15 minutes each day on mobile devices. They reported 58 percent of parents say media doesn’t have an effect on time spent together as a family. And while the numbers may not seem startling, 75 percent of children under eight years have access to some type of mobile device, and about 3/4 of them have used it for an app or game. The big deal to me was the news between 2011 and 2013: the number of kids with access to mobile devices nearly doubled. Devices are clearly a part of the lives of most American children and their use is only increasing.

The issue re-emerged as the school year got off to a running start and I saw a Facebook status update from Common Sense Media, the online site I share with families as a solid place for vetting media and making family-aligned choices for watching TV, movies, apps and games. The post had me thinking that they knew something I didn’t: that apps were needed for smart kids.  Really?

So I posted the Times’ “low-tech parent” article on my Mama Doc Facebook page and I loved what parent Nicole Hyatt said, “After I learned that all technology accesses the pleasure part of our brain (whether we are using it to learn or not) I have limited [screen time] more & more. Also, my middle son proved he wasn’t responsible enough yet, when he accidentally threw his iPad mini in the washing machine. I think it is important for kids to know how to use technology and be savvy. But I also think there is something to be said for read reading, real touch, it allows the child to think more concretely, when technology is so abstract.”

On Facebook, Julie Kientz also responded to the Times’ article pointing out the need for variant rules for differing technologies, “I really liked the quote about limiting based on type rather than blanket bans on all technology. Totally makes sense to limit consumption-focused activities (watching movies, playing games) but not creative activities (art programs, computer programming, writing, etc.)”

We know that text alerts and video games/apps provide biological changes and positive feedback in our brain. We get bursts of good feelings when we get pinged/texted/win. We know these apps and games can be exhilarating, but I’m not certain they’re essential. You?

A national referendum on single-payer: What if it happened?

It's time to talk trade-offs in health care 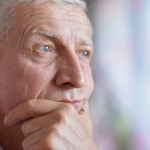