The Affordable Care Act (ACA) has created an unprecedented opportunity to improve the well-being and economic security of millions of Americans, including lesbian, gay, bisexual, and transgender (LGBT) people and their families. Notably, health care reform has the potential to reduce and eliminate LGBT health disparities by improving access to quality, affordable health insurance coverage that connects LGBT individuals and communities with the care they need. However, this opportunity may not be fully realized if outreach and enrollment efforts do not effectively engage LGBT communities.

The initial open enrollment period from October 1st, 2013 to March 31st, 2014 offered numerous opportunities to raise awareness and promote LGBT health equity, but the visibility and effectiveness of these efforts varied significantly by state. According to a new report from Out2Enroll, a nationwide campaign dedicated to connecting LGBT individuals and communities with their coverage options, the variable level of formal marketplace commitment to LGBT inclusion and the extent to which LGBT communities and allied organizations were able to participate in health care reform efforts significantly affected the results of open enrollment. With the next open enrollment period shorter than the last (November 15, 2014 to February 15, 2015), LGBT communities and allied organizations will need to learn from what was and was not effective in order to ensure LGBT individuals and communities have access to the coverage they need.

During the last enrollment period, LGBT outreach was complicated in many states by uncertainty surrounding outstanding policy issues that enforce a patchwork of legal discrimination against LGBT communities. Specifically, LGBT and allied stakeholders in a variety of states reported significant confusion about:

In order to improve future efforts to promote LGBT outreach and enrollment during the next open enrollment period, beginning in November 2014, Out2Enroll offers the following recommendations:

With one in three low- and middle-income LGBT people without health insurance, four in ten uninsured LGBT people burdened with medical debt, and over 40 percent of all LGBT people reporting putting off medical care because they cannot afford it, the ACA has been poised to help LGBT communities from its outset. Ensuring LGBT communities are connected to the coverage they need must remain a priority of the upcoming open enrollment period.

Ebola causes a crisis of commitment in physicians

Ebola in the digital age: How doctors can confront it 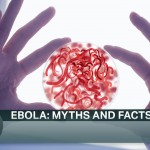 Lessons learned from LGBT Communities and the ACA
8 comments