I received my new thinner bigger iPhone.  Within a few days, news reports highlighted how new iPhone 6 owners accidentally bent the latest Apple iteration of the modern smartphone. A blogger bent an iPhone 6 Plus with his bare hands. This story, the subsequent fallout, and response has learnings for doctors and health care on the challenges facing the vaccination “debate.”

The best launch in iPhone history with roughly 10 million smartphones shipped was drowned out by bendgate which trended on social media and the news.

Bendgate brought to mind a similar controversy, Antennagate, which erupted with the launch of iPhone 4. Antennagate, the issue was poor cellular reception if one gripped the phone a certain way: the grip of death. Even my spouse warned me about this latest controversy; she never reads anything related to technology.

Within a week of launch, Apple responded that out of the millions of phone sold only 9 people had reported the problem to Apple.

From all of the news reports and tweets of #bendgate, this was an epidemic! Quality control measures were absent! A risky yet flawed design! Didn’t Apple know?

The Washington Post enlisted the phone warranty insurer and durability tester SquareTrade to investigate the problem. Was the phone that easily bent?

Verdict? If you are purposely trying to bend the iPhone and are a bodybuilder, then yes it can happen. Otherwise probably not.

Consumer Reports (CR) tested the phone and found it to be durable. Others felt that the CR test was less than ideal and not representative of the issue. CR put pressure in the middle of the phone. Complaints of bendgate noted the bend was in the upper third of the phone where the buttons are located.

iPhone 6 bendgate teaches us that social media and anecdotal stories can influence both the public and media’s perception of a situation that can rival the ability of a very large organization, like Apple, one of the largest on the planet, to manage the story.

What is the truth?

Certainly it is likely a rare number of the 10 million iPhone 6 sold could have a problem with bending. However, the vast majority will not.

Does media coverage accurately portray this nuance or does it fuel a situation that appears far more problematic than it actually is? Even if the media did a good job, how did the public perceive the story? Let’s not even discuss how Apple competitors and others got in on the story to their own benefit and as a result perpetuated bendgate even further.

Will the bendgate controversy have legs or will it pass over the next few weeks and months like antennagate? Will it plague Apple for a lot longer? Apple enjoys a fierce loyalty among its customers.  It is likely this story will be short-lived.

However, alter the rare issue of bendgate with the disproven link of autism with vaccines, one wonders.

Change one blogger’s YouTube video demonstrating a bent iPhone 6 Plus with a celebrity and others who are highly visible and outspoken of vaccines, one wonders.

When an anecdote of an individual’s lack of personal, family, or extended family’s experience with a deadly illness like influenza, pertussis, or streptococcal pneumonia as her or his proof of the truth, one wonders.

Who or what are the trusted credible voices in health care and medicine who can speak to the truth of the story?

What will it take to manage the story?

Unlike the powerful devotion many customers have for Apple, nowhere in health care and medicine is there an organization that has that level of respect and devotion from the public.

Because without it, the health of our children and others will only continue to be at risk.

Can we afford to have each family and consequently its extended family learn for itself the consequences of not vaccinating?

And yes, I did keep my iPhone. It works perfectly fine and is beautifully straight.

Davis Liu is a family physician and is the author of The Thrifty Patient – Vital Insider Tips for Saving Money and Staying Healthy and Stay Healthy, Live Longer, Spend Wisely. He can be reached at his self-titled site, Davis Liu, MD, and on Twitter @DavisLiuMD. 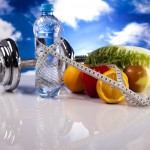