A recent case that I saw in consultation at the patient’s request highlights the pervasive problem of overdiagnosis and overtreatment of endometrial hyperplasia. This 46-year-old woman was diagnosed with simple hyperplasia without atypia within an excised endometrial polyp, for which both her gynecologist and pathologist recommended hysterectomy. The basis for this recommendation was a perceived increased risk of endometrial cancer, either currently lurking within her uterus or to be developed in the future, even though the cancer risk for this lesion has never been shown to be above the 2 to 3 percent overall lifetime risk of endometrial cancer for women in the general population.

When the patient questioned the proposed treatment plan, the gynecologist responded that 90 percent of her patients in similar situations follow her recommendation for hysterectomy. She warned that the only other sensible alternative was to undergo painful endometrial biopsies at six-month intervals to monitor for the recurrence of hyperplasia or progression to cancer.

Upon my review of this patient’s slides, I agreed with the description in the original pathology report of the presence of mildly crowded glands without nuclear atypia within an endometrial polyp (the separate sample of non-polypoid endometrium was normal). However, glands with this degree of crowding are common within endometrial polyps, and are not a cause for concern. Experts within the field of gynecologic pathology agree that a diagnosis of simple hyperplasia without atypia should not be made within an endometrial polyp, since the presence of this mild degree of glandular crowding has never been shown to be of any clinical significance.

At best, a recommendation for hysterectomy in this situation represents an overzealous and misguided attempt to rid the patient of a risk of endometrial cancer that is no higher than that of the general population; at worst, the need to maintain procedure-related income may be a  consideration. My diagnosis was simply “endometrial polyp,” and I recommended routine follow-up similar to what any other woman in her age group would receive.

The lessons of this case are equally valid for the more common situation of cases diagnosed as simple hyperplasia without atypia in non-polypoid endometrium, which should also be managed conservatively. Pathologists need to be aware that the word “hyperplasia” can send shockwaves through the patient and/or her clinician, even in the context of this lowest and least worrisome form of hyperplasia. This is why I am a strong advocate of using the “disordered proliferative” terminology for the lower end of the spectrum of what many pathologists diagnose as simple hyperplasia without atypia.

An important separate issue is that interpreting abnormal endometrial proliferations is difficult and subjective, which results in a high incidence of misclassified/overcalled endometrial hyperplasia. Many patients who are told that they need a hysterectomy because they have endometrial hyperplasia can avoid this operation if a second opinion on their pathology slides from an expert gynecologic pathologist reports no atypia or helps to clarify the risks and treatment options so that the patient and her gynecologist can make a more informed decision.

Roger Reichert is a pathologist and the author of Diagnostic Gynecologic and Obstetric Pathology. He can be reached at Reichert Pathology. 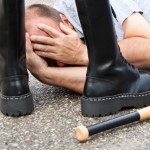 Why hysterectomy for many endometrial hyperplasias is often overkill
19 comments