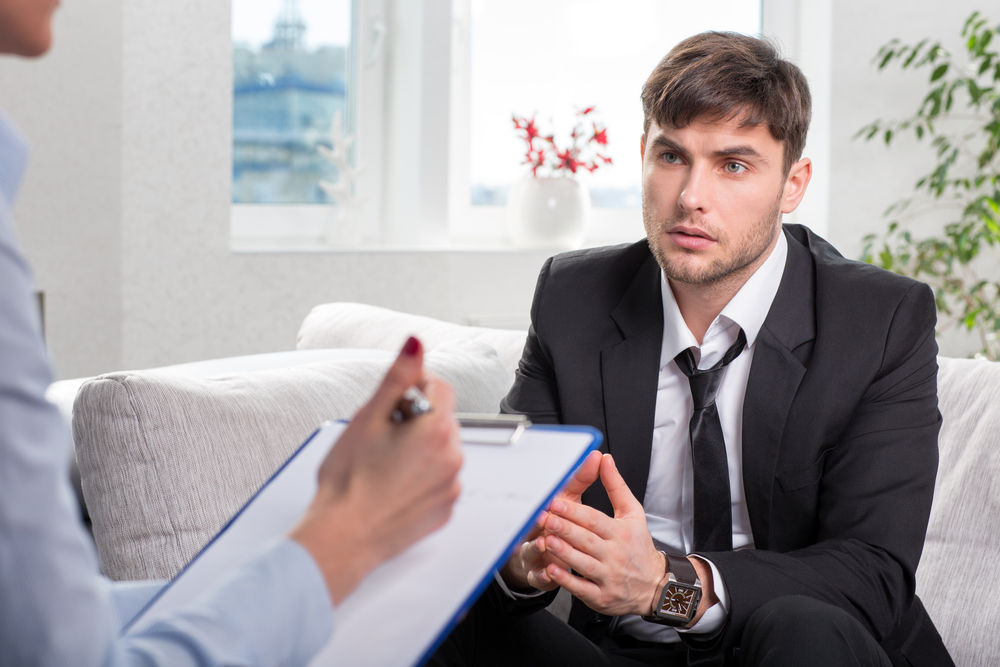 My student’s voice trembled as she answered my question.  “How do you think you’ve done so far?” I’d asked her.  We’d been together on the general medicine inpatient ward for two weeks — the midpoint of the rotation — and as was my usual custom I was giving her feedback on her performance by first asking her to rate her performance herself.

“OK, I guess,” she replied. I waited to see if she had more to say.  In fact, she hadn’t done okay.  She certainly wasn’t the worst student I’d ever had, but she was easily in the bottom 10%.  Her oral presentations were haphazard, often missing key details, their components often presented out of order (a traditional method exists for all storytelling in medicine, one that’s designed for maximal efficiency and clarity and which, when abandoned, makes complex stories difficult to follow), her knowledge base was far below average for her level of training, and perhaps worst of all she seemed disinterested in her patients.  I was concerned not just about having to give her a poor grade but about having to fail her.  Her apparent lack of insight into the substandard level of her performance wasn’t only a potential obstacle to her improvement, it was a potential obstacle to her developing into an effective physician.

First and foremost, always be clear on your reason for giving feedback, whether you’re giving it to someone you supervise as a part of your supervisory responsibilities or to a colleague, a friend, or a child.  It goes without saying feedback should never be used to benefit you but rather always to serve the person to whom you’re giving it.  Identify any self-centered agendas you may have — e.g., making yourself feel big by making someone else feel small — and ruthlessly cast them aside.  Giving feedback is ultimately about mentoring.  A truly great mentor always seeks to make his students better than himself and utilizes feedback as a tool to do it.  With that in mind:

1. Know your own biases.  Are you more interested in being liked than you are in giving honest feedback?  “Good advice grates on the ear,” the saying goes.  Do you have the courage and compassion to serve their interests before yours?

2. Ask the person to whom you’re giving feedback to rate their performance themselves.  People will often identify areas they need to improve for you, which not only makes the feedback interaction seem less adversarial but increases the likelihood they’ll be able to respond positively to it by helping them sidestep their own ego (it’s harder to become defensive about something you’ve pointed out to yourself).  Also, how they answer your request to rate their own performance often gives you insight into their degree of insight, which is a good indicator of their ability to improve.

3. Employ the sandwich method.  This involves first saying something positive, then noting something that needs to be improved, then saying something (else) positive again.  People are more likely to work on correcting a deficiency if they feel good about their performance overall — that is, if their deficiency seems like a single blemish against an otherwise reasonably clean background.  Your goal is to encourage them so they feel they can improve, that it’s worth it for them to make the effort to improve.  If they have more than one serious deficiency, perhaps pick the most serious, give them feedback about it, and then pick another time to give them feedback about their next most serious deficiency.

4. Make your feedback concrete.  Feedback must be actionable.  Saying, “You don’t seem interested in your patients” isn’t nearly as helpful as saying, “You turned around and left the room when Mrs. Stone started crying.”  Don’t pretend to be able to read anyone’s mind.  We rarely get to know why anyone behaves a certain way.  We should only comment on a person’s behavior, which is really what we want them to change anyway.

5. Make your feedback clear.  No beating around the bush.  No euphemisms.  Don’t say, “I wonder sometimes about your command of your patients’ data.”  Say, “You didn’t know Mrs. Smith’s vital signs or Mr. White’s labs.”

6. Allow enough time for a response to your feedback.  The whole point of giving feedback is to provide a perspective which the person receiving it doesn’t have.  Though their deficiency may seem obvious to you and you may have a hard time imagining they aren’t already aware of it, often they’re not.  Everyone deserves a chance to improve — and how can they do so if they don’t first know what improvement they need to make?

Of course, we all want to hear we’re wonderful and without flaw.  Hearing that we’re not, or that our work product is not, always stings, even when we’re genuinely interested in improving (we all secretly hope we have no room to do so).  Here are some guidelines I try to remember myself when someone’s giving feedback to me:

1. Don’t react to the initial sting of negative feedback.  It will fade.  And until it does, it’s hard to make good use of what you’ve heard.  Sometimes the best initial response upon hearing negative feedback is silence.

2. Consider the feedback you’ve been given as if you’d discovered it yourself.  This is hard to do but helps prevent your ego from drowning out good advice.  You may decide, after careful deliberation, that the feedback you received was inaccurate or no good.  Fair enough.  Just make sure you’ve done your best to silence the clamoring of your ego long enough to seriously consider what you’ve heard.  Sometimes the feedback you receive isn’t helpful itself but leads you in a direction that becomes so.

3. Be open to feedback, but not too open.  Don’t take negative feedback personally.  Don’t blow specific negative feedback out of proportion and allow yourself to believe everything you do is bad.  Always consider the credentials of the person giving you feedback and give extra weight to the feedback from people whose backgrounds make them especially knowledgeable (and less weight to the feedback of those who aren’t).  On the other hand, embrace the notion that you can learn something from everyone.

My student’s apathy, it turned out, wasn’t apathy at all.  It was distraction.  After I finished giving her detailed feedback, she surprised me by confessing that her mom was seriously ill.  I suggested she consider taking a leave of absence, which two days later she agreed to do with some relief.  That way she could both be with and help care for her mom, she said.  I told her that medical school would still be waiting for her when she was ready to come back.  Her mom eventually made a full recovery, and she returned to school to repeat her medicine rotation.  I learned later from a colleague who supervised her the second time around that she did great, earning a grade of honors.

How the costs of care impacted H. pylori treatment

How to give feedback to medical students
2 comments