The Internet was recently atwitter (see what I did there) about the major health care story of Ebola in the United States. However, there was also a interesting rumor announced at the end of last week, to which people should really be paying attention.

As reported by Reuters, Facebook is taking aim at health care, your health care: “The company is exploring creating online ‘support communities’ that would connect Facebook users suffering from various ailments. A small team is also considering new ‘preventative care’ applications that would help improve their lifestyles,” the article states.

Six years ago in 2008, I remember when Google tried to make a big splash with their Google Health product. That is now discontinued. I also remember in 2007 when Microsoft tried to make an impact with HealthVault. Of course, this year, Apple is trying to make in roads with their HealthKit software.

Will Facebook really make this happen? I don’t think they should, and here are three reasons they should not:

1. People’s lack of trust in Facebook. There are many stories about Facebook asking for forgiveness in breaking users privacy, instead of Facebook asking for permission. I mean, people get upset if private photos get mistakenly shown on Facebook. What will happen if their private health information gets out there?

2. Online support communities already exist. I really enjoyed listening to the vocal e-patient community respond to this. “Hey Zuck, there are already communities out here. Contact us and we’ll tell you about it.” Don’t quote me, but I think our pal Dr. Larry Chu, the dean of Stanford Medicine X, and e-patient champion, said that.

3. Potentially less sharing on Facebook. I’ve already written about the end of the medical chart in which patients would potentially ask their physician to not include information because of fear of hacking. People will do the same thing if this Facebook initiative happens.

However, here are three reasons why Facebook will ignore me, and many other people, and absolutely make this happen:

1. Everyone is on Facebook. Every time there is some kind of privacy breach, people get upset and threaten to leave, but they don’t. Every few months, a new website like Ello comes along claiming to the anti-Facebook, but no one leaves to go there. Facebook will be around, and when it comes down to it, we put up with the Facebook screw-ups, and continue using the service.

2. Lessons learned. I think that Facebook has done its homework and has learned from the failed Google Health and Microsoft HealthVault examples of the past. It will be interesting to see how they roll this out when they’re ready.

3. No one is going to stop them. We, in the health care field, have been asking mainstream tech companies to look more at health care as an opportunity. 2015 will be the year that the major Silicon Valley players will be looking at how to make our health better. Will physicians, providers, patients, and the industry be ready?

Why do doctors still use pagers? 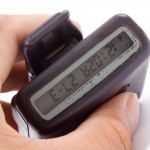 Why your doctor won't refill prescriptions over the phone

Facebook should stay out of health care. Here’s why.
6 comments