A little over two years ago in this blog, my “EHR report card” evaluated the effect of the electronic health record (EHR) on my practice. I thought it would be interesting to see how things have changed.  As in 2012, I will not identify my EHR, since I suspect that much of the report card will be applicable to many products.

If you are looking for vendor-specific information, a great source is AmericanEHR Partners, which the American College of Physicians (ACP) co-founded. There, you can read user-submitted ratings and reviews for many EHRs and submit your own evaluations.

Time. Two years ago, I observed that my typical patient care day was about half an hour longer than it was pre-EHR. Now, my average patient care day is a little shorter compared to pre-EHR. I attribute this to my adopting voice recognition to enter the history of present illness, assessment, and plan. Doing so eliminated many clicks and other mouse-intensive tasks. Using voice recognition also has the benefit of producing a note that is written mostly in English, as opposed to what most EHRs produce.

I am also better caught up with reviewing labs and communicating results to patients. I believe that is partly from new features added in upgrades over the years and from my learning new ways to use the software. In addition, a growing number of patients are getting their results via the patient portal, which saves me time. Easy access to records from anywhere any time continues to increase my efficiency.

Because of these developments, my workweek is a couple of hours shorter than it was two years ago. I’m actually able to take a few hours of my “day off” off. In 2012, I gave this area a grade of “meets expectations,” but in retrospect, I was being very generous. In order to be consistent and show improvement, this time the grade is “slightly above expectations.”

Practice finances. Last time, I gave this area a grade of “above expectations.” This was based on several easily measurable changes, such as reduced staffing needs and revenue from payer incentive programs, including meaningful ese. The EHR’s impact on finances is not as easy to isolate today, but without it, we would not have succeeded in our medical home and ACO, both of which require population management. Maintaining the EHR is expensive — my practice employs several staff members dedicated to keeping the EHR and network running — but even with this additional overhead, we’re coming out ahead in ways that would not have been possible without an electronic record. I grade this “above expectations” again.

Quality of care. In 2012, I pointed out the advantages of the EHR in measuring the quality of care across my patient panel, helping to identify gaps in care, and making on-call care better. I’m still frustrated by the amount of work that it takes to generate reports and how much of that has to be done by IT staff. New tools that let the individual physician crunch the data just became available, so we’ll see if that improves the grade.

My greatest disappointment in the last report card was in the area of decision support. I can’t say that things are much better today. I’m still running ACP’s SmartMedicine on an external web browser and wish it or something like it were integrated with the EHR.  I grade this category “below expectations,” which is unchanged from 2012.

Information exchange. This got a grade of “below expectations” in 2012, and I hoped at the time that meaningful use and other developments would improve interoperability. I’m still hoping. Regional health information exchange (HIE) has advanced greatly in Rhode Island, but I cannot move HIE data to and from my EHR. Beyond that, I still cannot share electronic data with other physicians seamlessly, even with users of the same product.  This marking period, because of the unmet expectations at this late date, I give this area a lower grade of “unsatisfactory.”

Reliability and safety. Not much has changed in this department. We have occasional “hiccups,” but other than the couple of days our EHR was off line during an upgrade, we’ve had little downtime. I continue to appreciate that the greater availability of patient data facilitates my making better-informed (and safer) decisions. On the negative side, there are days that response speed could be better. As I wrote in 2012, one has to be vigilant about EHR-introduced errors, which, fortunately, are rare. Again, the grade is “meets expectations.”

As in 2012, the report card is mixed, but I think this is more consistent with reality than the “all bad” or “all good” commentaries on EHRs that we often see. Even with the changes since the last report card, the overall grade is the same compared to two years ago. I am especially discouraged by the lack of progress regarding interoperability, a topic that ACP wrote about as early as 2004 and is attracting greater attention these days. While the software is not evolving as quickly as I would like, the ways that I interact with it are changing more rapidly. I’m always finding new (usually better and faster) ways of doing things.

Of course, this is one person’s perspective. I would be interested in reading about yours.

Why the Apple Watch won't disrupt health care. Yet. 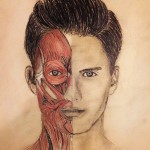