A month ago I published a post predicting that paramedics, emergency nurses, and emergency physicians would be exposed to patients with Ebola and have difficulty picking out these patients from the many other patients who present to the ED with similar symptoms. In light of the events in Dallas, Texas, this seems prophetic, but it is really not so difficult to explain (despite the finger-pointing from a horde of outraged reporters and their experts); and it points to one reason why it may not be so easy to control Ebola as it migrates into the U.S. and other developed countries. I am not trying to hype the danger here, just trying to change some behaviors to take the psychology of contagious disease into consideration.

We of course do not know all of the particulars in the Texas case, and perhaps never will; but I can not help but think that if this gentleman from Liberia had said to the nurse in the ED, “I have just come from Liberia where I was exposed to a woman who was very sick, possibly with Ebola,” that the patient would never have exposed as many others as apparently happened after he was discharged from the ED. Likewise, if he had repeated this information to the ED physician who treated him at the first ED visit.

You could reasonably ask: Why didn’t the ED physician obtain his own travel history (assuming he did not)? This goes to the first change in behavior I would propose: In periods when highly contagious diseases are about, never rely on someone else to ask the travel and exposure questions.

The second question of behavior and psychology relates to the patient’s own approach to an illness like this. You could reasonably ask: Why don’t patients volunteer issues of recent travel and potential exposure to contagious diseases? I can’t imagine this patient in Texas not wondering if he might have Ebola, but I can easily imagine why he would not say the word to his doctor or nurse or both. Denial is very understandable here: The fear of imminent death is hard for many people to verbalize. How often do physicians have to drag an acknowledgment of the fear of cancer out of patients who are obviously concerned about it, but find all sorts of ways to talk around their fear?

For as many people who constantly exaggerate their symptoms, there are probably an equal number who minimize and even obfuscate. On top of that, there is the fear of being isolated for three weeks from family, friends, work, and many of the daily activities of living, of losing income or job, and even of being permanently stigmatized and avoided, even if you turn out not to be contagious. All of this leads to my second recommended change in behavior: We have to encourage self-reporting of the risk of contagion by changing the way we, as a society and a community, react to those who acknowledge their personal concerns about possible infection and contagion to providers and health authorities. Such self-reporters are heroes, and should be lauded rather than stigmatized, and should not have to worry about loss of income or job, or total isolation.

Speaking of heroes, this brings me to my last recommended change in behavior. I fully understand why the media has focused on the lapse in protocol that led to the discharge of this patient infected with Ebola: Everything viewed in retrospect always seems obvious, and the consequences may really be pretty dire. However, the press pile-on here has completely diverted attention from the difficulties of weeding out patients with early symptoms of very deadly illness from the many, many other patients in the ED who have similar symptoms but pose little or no risk to the community.

Even worse, the hysteria that the media seems to provoke, intentionally or otherwise, by focusing on the wrong questions is likely to have unintended consequences that are completely avoidable. The entire storyline about the flights from Africa to the U.S. are important only so far as they highlight the need for adherence to proper protocol. Instead, this storyline about possible exposure of passengers on these flights was so overblown that it could easily put the entire airline industry in the crapper. The focus on the communication issues with the first ED visit for this Ebola patient also rode roughshod over an equally important story: the role of emergency care providers as the first line of defense for the community, true heroes who 24/7/365 risk their own lives and their own health every day in the effort to not only treat those who are ill, but risk exposure to protect the community from the scourge of communicable diseases.

Perhaps this side of the story might have come to the forefront if this first case of Ebola diagnosed on U.S. soil had played out differently, but I doubt it. You didn’t hear this message when SARS was about. My third recommended behavior change has to do with the press: Play responsibly in the Ebola sandbox, and while you are pointing the fickle finger, also give credit where credit is due.

Myles Riner is an emergency physician who blogs at The Fickle Finger. 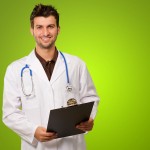 Ebola: We suffer from unrealistic expectations

Ebola and the psychology of contagious disease
7 comments