There will never be any compromise acceptable to the die hard defenders of psychiatry or to its most fanatic critics.

Some inflexible psychiatrists are blind biological reductionists who assume that genes are destiny and that there is a pill for every problem.

Some inflexible anti-psychiatrists are blind ideologues who see only the limits and harms of mental health treatment, not its necessity or any of its benefits.

I have spent a good deal of frustrating time trying to open the minds of extremists at both ends — rarely making much headway.

Fortunately, though, there are many reasonable people in both camps who may differ markedly in their overall assessment of psychiatry but still can agree that it is certainly not all good or all bad. With open-mindedness as a starting point, common ground can usually be found; seemingly divergent abstract opinions are not so divergent when you discuss how to deal with practical problems.

And finding common ground has never been more important. We simply can’t afford a civil war among the various advocates of the mentally ill at a time when strong and united advocacy is so desperately needed.

Mental health services in the U.S. are a failed mess: underfunded, disorganized, inaccessible, misallocated, dispirited, and driven by commercial interest. The current nonsystem is a shameful disgrace that won’t change unless the various voices who care about the mentally ill can achieve greater harmony.

Here is the cruel paradox: Those who need help can’t get it. We have half a million severely ill patients in prison for nuisance crimes that easily could have been avoided had they received adequate treatment and housing. Sleeping on a stoop, stealing a Coke, or shouting on a street can get the person arrested. Once arrested, not being able to make bail and/or not fitting in well with jail routine leads to prolonged incarceration and, too frequently, crazy-making solitary confinement. The U.S. today is probably the worst place and worst time ever to suffer from a severe mental illness.

Meanwhile, those who don’t need psychiatric medicine get far too much: We spend $50 billion a year on often-unnecessary and potentially dangerous pills peddled by big pharma drug pushers, prescribed by careless doctors, and sought by patients brainwashed by advertising. There are now more deaths in the U.S. from drug overdoses than from car accidents, and most of these come from prescription pills, not street drugs.

The mess is deeply entrenched because 1) there are few and fairly powerless advocates for the most disadvantaged; 2) the commercial interests are rich and powerful, control the airwaves and the politicians, and profit from the status quo; and, 3) the mental health community is riven by a longstanding civil war that distracts from a unified advocacy for the severely ill.

The first two factors won’t change easily. Leverage in this David vs. Goliath struggle is possible only if we can find a middle ground for unified advocacy.

The arguments occur over the extent to which medication and coercion are necessary, and over who should get how much funding to provide what type of psychosocial support to which people.

We can all agree that too much medicine is being prescribed by the wrong people to the wrong people and for the wrong indications. Eighty percent of all psychiatric medicine is prescribed by primary care doctors after very brief visits that are primed for overprescribing by misleading drug-company advertising. Many psychiatrists also tend to err by being too quick to write prescriptions. Anti-psychiatrists err in the other direction, thinking that because they have personally done better without meds, no one needs them.

I think reasonable people can agree that we need to reeducate doctors and the public that medications have harms, not just benefits, and should be reserved only for narrow indications when they are really necessary. It is ludicrous that 20 percent of our population takes a psychoactive pill every day, and it is equally ludicrous that anyone should be sent to jail for symptoms that would have responded to medication if the waiting time for an appointment had been one day, not two months.

Coercion is an even more contentious topic, but one that also has a common sense common ground. When, more than 50 years ago, Tom Szasz began to fight for patient empowerment, freedom, and dignity, the main threat to these was a snake pit state hospital system that warehoused more than 600,000 patients, usually involuntarily and often inappropriately. That system no longer exists. There are now only about 65,000 psychiatric beds in the entire country, and the problem is finding a way into the hospital, not finding a way out.

Anti-psychiatrists are fighting the last war. Psychiatric coercion has become largely a paper tiger: rare, short-term, and usually a well-meaning attempt to help the person avoid the real modern-day coercive threat of imprisonment. Decriminalizing mental illness and deprisoning the mentally ill should be an appealing common banner. And when you discuss specific situations, there is much more common sense, common-ground agreement about when psychiatric coercion makes sense than when you discuss this hot button issue in the abstract.

Finally, there is the inevitable competition for scarce resources that causes conflict between professionally run mental health programs and those based on recovery. The fight for slices of the pie gets particularly fierce when the pie is far too small to start with and is forever shrinking.

The common ground here is recognition of the fact that one size does not fit all. We need all sorts of different psychosocial support systems, because different people have different needs and tastes. We should be joining together to grow a bigger pie, not fighting for slightly bigger slices of a shrinking one.

Rome is burning, and no one seems to be doing much about it. The ivory tower institutions (like the professional associations and the National Institute of Mental Health) and the more grassroots organizations need to put aside differences and focus common advocacy on two goals that all can share: helping our most disadvantaged regain freedom and dignity, and taming the rampant and careless overuse of medication.

Patient satisfaction: Should that be the real mission of health care? 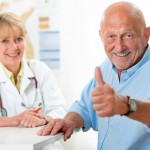 A civil war in psychiatry: Is there common ground?
3 comments