Is it about physician drug testing?  Is it about allaying the pain and suffering of families of patients whose outcomes have been devastating and tragic?  Is it about the compensation of the legal counsel who represent those families and patients?

Truthfully, I don’t want to talk about 46.  I think the issue is very much deeper and the process that underlies medical malpractice litigation has consequences for individuals and society that may be insidious and dire.

“Attorneys are the only ones that CARE about clients/patients” was asserted by a caller who identified himself as Bill, a medical malpractice plaintiff’s attorney in the San Francisco Bay Area.  He talked about the economics of his work which barely allowed him to survive between cases that were settled versus litigated and subsequently won or lost, and, of course, the current cap on awards.

Mr. Pack, himself, made the point that without retaining legal counsel and pursuing legal recourse, the system “valued his children at zero dollars.”

Mr. Pack, for those who don’t know his story, suffered the death of his children at the hands of a woman under the influence of excessive prescription medication.  She, herself, was not a physician, but she had reportedly received prescriptions for these medications by visiting multiple practitioners.  Mr. Pack is an internet success story who was an executive for AOL and then went on to found NetZero.

The implication that doctors do not care about patients, I think demonstrates a lack of understanding and/or a lack of personal contact with doctors.  For these men, I do not know if this is true, and, if it is, whether this is a personal choice or self-selection based on their professions.

Is it possible that neither Robert Pack nor caller Bill have ever personally known any physicians … at least none they respect?  If there are any physicians in their personal circles would have to be either, very understanding or very bad examples of the profession.

There is a stark contrast between the motivation for medical malpractice suits and motivation to pursue a career in medicine.  The former is hyper-focused on a single event that, probably pathologically, takes over an individual’s entire consciousness.  On the other side, like any choice of career, selecting medicine is usually a life decision, made after objectively weighing pros and cons.

The role of the malpractice plaintiff’s attorney is such that demonizing their opponent or fueling the anger in their clients’ minds helps their cause.  To be successful (based on the economics put forth by caller, Bill), they need to galvanize indignation against, and avoid sympathy with the defendants; they need to portray malevolence, existing or not. This gap is made wider by the entire legal system keeping patients/families away from the defendant physicians.  This exposes them solely to the attorney’s rhetoric without rebuttle from even a third party.  The most likely result for most psyches is a stoking of the flames of anger and, most importantly, I would argue, delaying or permanently damaging the healing process of grief.

Interestingly, neuroscientists are finding increasingly the human memory is very fluid — we re-remember memories and they can be altered and colored by differing emotions while they are reinforced.  Indeed, some work is being done to treat post traumatic stress disorder by enabling patients to remember their trauma again in a less traumatic emotional milieu.  Is this not the exact opposite of plaintiff depositions?  Are plaintiff memories increasingly painful because that helps their legal case?

Physicians are not a perfect lot … not by far. There are certainly doctors who are unskilled, impaired, socially challenged or just lack good medical judgement.  There are definitely some who are very wanting in the caring department, but, from what I have seen, this is far, far, far from universal.  Physicians graduate from the rigors of training only to reach the challenges of daily practice which, from just a medical knowledge and judgement standpoint are prodigious.  The current climate from a legal, regulatory and public opinion standpoint are also becoming less favorable every day.  There are definitely easier ways to make a better living.

Placing the focus on a dollar amount results in memorializing these unfortunate persons as  numbers and turns the process of grief into an economic discussion among suddenly interested third parties that will not help the healing process.  This does a great disservice to any memories of that person, and the rancor and bile of the legal battle does nothing for them, and further hijacks any healing process that loved ones might hope for.

Do I have answers?  No more than what I feel constantly comes up when we look at human conflict.  Why is the hardest task always to see the world from someone else’s point of view?  Let us place ourselves in the shoes of someone else in the conversation.  Ask these questions of yourself, removing the wants/needs of your colleagues, institutions and legal counsel … its not easy, a poor testimony to our current society:

None of us who have not lived through such tragedy can ever say what we would feel.  In pediatrics, many of my colleagues and I speak of a “if this were my child” litmus test, fully realizing that we can not really empathize if we have not lived it.  I believe that the tragedy will never go away, but I like to think that dialog with sympathy (without fear of penalty, retribution or other ‘gotcha’s) will heal our souls best.  And I think brain science agrees with me here.

Gregory Kurio is a pediatric cardiologist.

Nurse Nina Pham is a hero: Stop blaming her 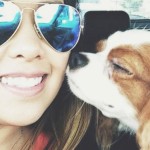 What do you know about breast reconstruction?