The first time scientists sequenced a person’s entire genome, it took more than a decade and cost hundreds of millions of dollars. Currently, such sequencing takes less than twenty-four hours and costs less than $5,000.

To put that into perspective, Myriad Genetics charges $3,000 to test for mutations in just two genes associated with breast cancer. The days of affordable genomic sequencing are rapidly approaching. But will such testing bankrupt us?

In most consumer markets, lower prices are a boon to consumer budgets. In the 1950s, for example, Americans spent over 30% of their income on food. But with food production becoming more efficient, that  percent has been cut in half. Like we learned in Econ 101, produce food – or computers or clothing — for less money, and people will spend less money on those goods. 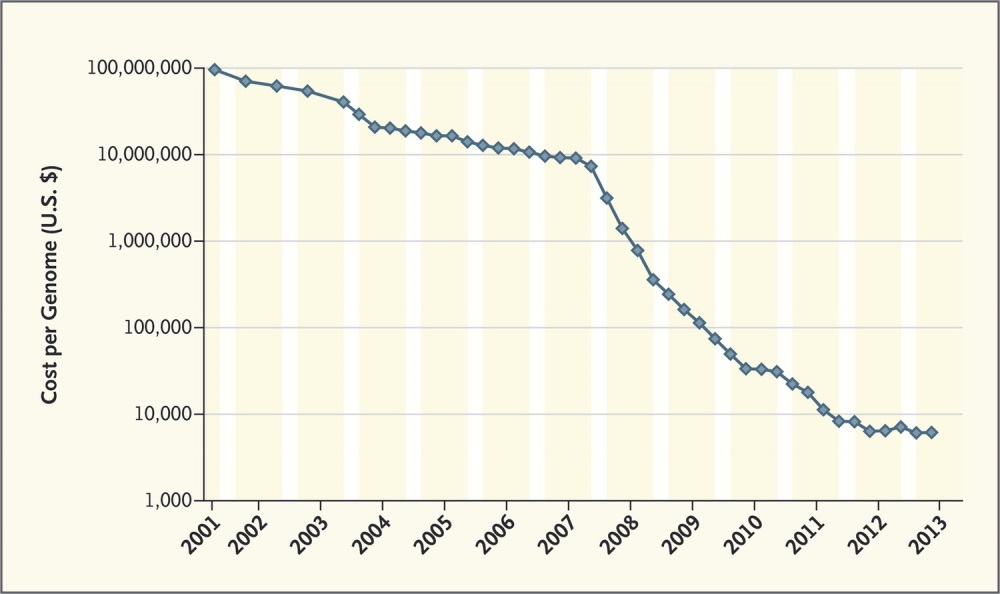 But that straightforward economic truth does not necessarily hold when it meets the crooked logic of the American health care system. Consider what happened to health care costs when old-fashioned gallbladder surgery was overtaken by laparoscopy cholecystectomy. In the old-fashioned approach, the surgeon would make a sizeable incision in the patient’s upper belly (right under the rib cage on the right side) and remove the gallbladder,  leaving the patient with impressive scars and several days in the hospital before he or she recovered enough to go home. With the newer laparoscopic approach, surgeons make a few tiny incisions, sneak a laparoscope through one of the openings to remove the gallbladder, leaving patients with a few butterfly Band-Aids and a quick return home. By substantially shortening the hospital stay, this laparoscopic approach was much cheaper than its predecessor. So we must have saved money on gallbladder surgery, right?

Wrong. Because the new procedure was safer, many patients who were previously too risky to operate on were now fair surgical game, as well as those with mild gallbladder disease who had previously been treated with a “tincture of time” (meaning the physician would wait to see if their symptoms would resolve without surgical intervention). As a result of the safety of this procedure, the rate of gallbladder surgery skyrocketed  more than 20% after physicians adopted laparoscopy, more than wiping out the cost savings of the new approach.

Genomic testing may raise medical expenses for a similar reason. As testing becomes less expensive, genomic sequencing can be utilized by an ever broader swath of patients. Moreover, unlike laparoscopic cholecystectomy, which definitively treats a specific illness, genomic sequencing can be used to screen for unknown illness or risk factors.  Laparoscopic cholecystectomy is the end of treatment for most people with gallbladder disease. Genomic sequencing is the beginning of a diagnostic and treatment cascade for many people who receive such tests.  A suspicious mutation may launch further testing to see if the mutation is a harbinger of hidden illness.

Some experts contend that genomic sequencing will lower costs when it helps to tailor therapy to those patients most likely to respond to treatment. Genetic testing may indicate whether a patient’s tumor is responsive to targeting chemotherapy. This would theoretically save money, if patients lacking the right genomic signature are spared an expensive and ineffective treatment. However, such cost savings will only come to fruition if clinicians withhold such treatments from their patients, which is not guaranteed to happen, especially if the genetic information is imperfect and some unidentifiable (if small) subset of that population would potentially respond to treatment.

Furthermore, if new treatments are only available to targeted populations of patients, the market for such products will be reduced and industry will likely respond by raising prices. Research and development costs are no smaller for treatments aimed at small populations than ones targeted at large populations. In fact, they might even more expensive, because it is harder to recruit patients for clinical trials which raises the cost of such testing. Consequently, manufacturers must recoup their costs over a smaller population of patients, thereby raising per-patient costs.

An extreme example of this phenomenon is the orphan drug industry, which develops interventions for diseases or conditions affecting no more than 200,000 people. Prices of these interventions often exceed $150,000 to $200,000 per patient. If genomic testing helps target interventions more efficiently, it could turn many more conditions into orphan diseases.

To fully realize the promise of less expensive genomic testing, we may need to take measures to limit the number of people receiving such tests or the price of interventions targeted to people with uncommon mutations.

The cheapest prescription that's most beneficial to patients 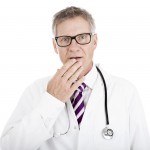