When I was in high school, a national hardware retailer opened a new franchise down the street from the mom-and-pop hardware store that had served my neighborhood for many years. Since the new store had the advantage of larger volumes and lower costs, it seemed to be only a matter of time before it drove its smaller competitor out of business, the way that big bookstore chains and fast-food restaurants had already vanquished theirs.

But a funny thing happened on the way to the inevitable. By the time I left for college, the new hardware store had folded, and the mom-and-pop operation had moved into their former building. How did this small business manage to retain its customers and win new ones without prior loyalties? The answer was quality of service. I remember visiting both stores when a classmate and I were working on a physics project. At the mom-and-pop store, the owner himself happily held forth for several minutes on the advantages and disadvantages of various types of epoxy adhesive. At the national hardware chain, the staff consisted mostly of kids my age who didn’t know much more about glue than I did.

A few years ago, an editorial authored by White House officials in the Annals of Internal Medicine blithely predicted that small primary care practices would eventually be absorbed by vertically integrated organizations as a result of health reforms. The editorial prompted the American Academy of Family Physicians to send the White House a letter defending the ability of solo and small group practices to provide high-quality primary care. Despite the migration of recent family medicine residency graduates into employed positions, researchers from the Robert Graham Center estimated in the August 15th issue of American Family Physician that up to 45% of active primary care physicians in 2010 practiced at sites with five or fewer physicians.

The limited resources of small practices seem to put them at a disadvantage relative to integrated health systems and newly formed accountable care organizations. Small practices have less capital to invest in acquiring and implementing technology such as patient portals, and fewer resources (dollars and personnel) to devote to quality improvement activities, such as reducing preventable hospital admission rates.

Nonetheless, like the small hardware store of my youth, some small practices are not only surviving, but thriving in the new health care environment. Dr. Alex Krist and colleagues recently reported in the Annals of Family Medicine that eight small primary care practices in northern Virginia used proactive implementation strategies to achieve patient use rates of an interactive preventive health record similar to those of large integrated systems such as Kaiser Permanente and Group Health Cooperative. An analysis of Medicare data published in Health Affairs found that among primary care practices with 19 or fewer physicians, a smaller practice size was associated with a lower rate of potentially preventable hospital admissions.

In addition to providing superior service, solo physicians or small groups can create their own economies of scale by pooling resources and collaborating with other practices in areas such electronic health record systems and quality improvement. For example, Dr. Jennifer Brull reported how her practice and four others in north-central Kansas succeeded in improving hypertension control rates in an article and video in the September/October issue of Family Practice Management.

These examples illustrate that the demise of the small primary care practice has been greatly exaggerated. Whether small practices can continue to flourish in the post-Affordable Care Act era remains an open question, but I do know this: The small hardware store in my home town is still thriving, more than twenty years later. 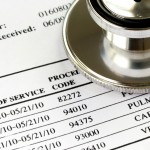 Will 2015 be the year mHealth takes off?

Small practices aren’t dead yet. Some are even thriving.
2 comments