The recent arrest of Minnesota Vikings star running back Adrian Peterson on child abuse charges has sparked a national conversation on the manner in which parents should discipline their children. Allegedly, Adrian Peterson injured his 4-year-old son by spanking him with a thin tree branch (“a switch”) and leaving cuts and bruises all over his body.

After learning of Adrian Peterson’s indictment, Peterson’s mother, Bonita Jackson, was interviewed by the Houston Chronicle, saying, “I don’t care what anybody says, most of us disciplined our kids a little more than we meant sometimes.” The 50-year-old Jackson goes on, “But we were only trying to prepare them for the real world. When you whip those you love, it’s not about abuse, it’s about love. You want to make them understand that they did wrong.”

Merriam-Webster defines “whipping” as a severe beating or chastisement — quite distant from love, as Peterson’s mother put it. In general, physical punishment incites pain and fear in a child. Adults are sending a mixed message to kids: It’s okay to be hit if the strike comes from an adult, but it’s not okay for a child to hit others. Spanking is not a very good real-world consequence either. Oddly enough, the only social dynamic where physical hitting is acceptable is in the parent-child relationship. If you were to mess up at work, you would never expect your boss to come to your desk and spank you.

The American Academy of Pediatrics strongly opposes striking a child for any reason, and there’s solid evidence to back this stance, too. Studies have shown that children who have received any form of corporal punishment are more likely to show aggression or defiance and are at risk for other mental health problems. I’ve seen dozens of children attempt to hit their parents back just after being spanked.

Unfortunately, even if physical discipline were effective, many parents hit their children out of frustration. Many don’t know another tactic, such as in the case of Adrian Peterson, where maybe his strategy for dealing with child misbehavior was believed to be the norm. There is a strong American cultural bias toward spanking. In a 2013 Harris Interactive poll, two-thirds of parents indicated they have spanked their children.

What’s the big problem with hitting a child? Many say there’s not enough physical punishment in children these days. Plenty of adults grew up being spanked without any concerns as adults. I get it, but that doesn’t mean it was right, and unfortunately, child abuse is a common problem in America. A report of child abuse is made every 10 seconds and more than four children die every day from it. There is a very gray area between legal corporal punishment (i.e., spanking) and abuse. Leaving marks such as bruises on a child or breaking the skin is clear-cut child abuse in every state. Most pediatricians have encountered at least a few horrible cases of child maltreatment.

So what’s a parent to do if sparing the rod? First, parents must be consistent in their discipline. Empty threats are broken promises, so don’t say it if you are unwilling to go through with it. Have consistent (and realistic) consequences for misbehavior. But lay the ground rules ahead of time, so there’s no confusion or surprises. Be a good role model — children see their parents behaving badly and will often mimic what they’ve seen in terms of poor conflict management. Use positive reinforcement. Time outs for younger children or removing privileges (i.e., cell phone usage or video game time) for older children are effective.

Justin Morgan is a pediatrician who blogs at Bundoo, where this article originally appeared.  He can be reached on his self-titled site, Justin Morgan, MD.

Where is compassionate end-of-life care for the elderly patient? 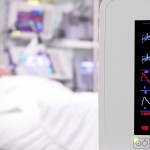