And so, in a system attempting to shift to a “less is more” model of health care, why is resistance so strong? When the USPSTF recommended against the need for annual screening mammograms in healthy women (without a family history of breast cancer) between the ages of 40 and 49, the outcry was deafening. Every professional society and patient advocacy group rallied against the recommendation, and generally not much has changed in the breast cancer screening world.

I myself tried to follow the USPSTF guidelines — and opted out of a screening mammogram for two full years past 40. And then I met a charming radiologist at a women’s medical conference who nearly burst into tears when I told her that I hadn’t had a mammogram. Her lobbying for me to “just make sure I was OK” was so passionate that I simply could no longer resist the urge to get screened.

I knew going into the test that there was a reasonably high chance of a false positive result which could cause me unnecessary anxiety. That being said, I was still emotionally unprepared for the radiologists’ announcement that the mammogram was “abnormal” and that a follow up ultrasound needed to be scheduled. I must admit that I did squirm until I had more information. In the end, the abnormality proved to be simple “dense breast tissue” and I was pleased to have at least dodged an unnecessary biopsy or lumpectomy. Did my screening do me any personal good? No, and some psychological harm. A net/net negative but without long term sequelae.

My next personal wrestling match with screening tests was the colonoscopy. I was seeing a gastroenterologist for some GI complaints, and we weren’t five minutes into our conversation before he recommended a colonoscopy. I argued that I was too young for a screening colonoscopy (I was 42), and therefore was doubtful that anything too helpful would be found with the test. My suggestion was that a careful history and some blood testing might be the first place to start. My gastroenterologist acquiesced reluctantly.

As it turns out the blood testing was non-diagnostic and my symptoms persisted so I agreed to the colonoscopy. In this case I felt it was reasonable to do it since it was for diagnostic (not screening) purposes. I was quite certain that it would reveal nothing — or perhaps a false positive, like my mammogram.

What it did show was some polyps that had a 50% chance of becoming malignant colon cancer in the next ten years. I was shocked. If I had waited until I was 50 to start screening, I could have missed my cure window. The uneasiness about screening guidelines began to sink in. As a physician, I had done my best to apply screening guidelines to myself and resist the urge to over-test, even with a healthy dose of natural curiosity. Yet I failed to resist screening, and in fact, my life was possibly saved by a test that was not supposed to be on my preventive health radar for another eight years.

Screening tests are recommended for those who are most likely to benefit, and physicians and patients alike are encouraged to avoid unnecessary testing. But there are always a few people outside the “most likely to benefit” pool whose lives could be saved with screening, and the urge to make sure that’s not you — or your patient — is incredibly strong. I’m not sure if that’s human nature, or American culture. But a quick review of Hollywood blockbuster plots (where tens to thousands of lives are regularly sacrificed to save the princess/protagonist/hero from the aliens/monsters/zombies) testifies to our desperately irrational tendencies.

I am now biased towards over-testing, because my emotional relief at dodging a bullet is stronger than my cerebral desire to adhere to population-based recommendations. Knowing this, I will still try to avoid the temptation to over-test and over-treat my patients. But if they so much as hint that they’d like an early colonoscopy — I will cave.

What kind of a doctor does that make me?

Val Jones is founder and CEO, Better Health. This article originally appeared on The Doctor Blog.

Should hospital physicians only work on one floor?

When your health insurer pays for breakfast, here’s what happens 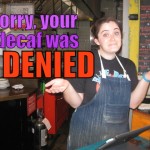 A physician is now biased towards over-testing. Here’s why.
7 comments