Weakness in the limbs initially makes handwriting sloppy and makes it hard to button clothes and eventually causes paralysis. Patients also develop weakness in the muscles that control swallowing and speech, eventually requiring them to use feeding tubes and computer text-to-speech software. Eventually the muscles that control breathing are affected. Half of ALS patients die within 3 years from the time that weakness is first noticed, and only about 5% survive more than 10 years. About 5,600 people are diagnosed with ALS in the U.S. every year, so about 18,000 Americans are living with ALS at any time.

In a small fraction of patients the disease is familial. In most patients the cause is unknown. The only effective treatment so far is riluzole, a medication that prolongs survival by only several months. Besides the catastrophic consequences to the patient, ALS frequently places overwhelming pragmatic and psychological burdens on family members and caregivers. If I had ALS I would gladly trade it for colon cancer or lung cancer, but patients don’t get to choose.

Unless you live in a cave, you’ve already seen myriad well-meaning folks douse themselves in ice water to raise money for the ALS Association (ASLA). The ice bucket challenge is the perfect social contagion — entertaining to watch, supportive of a good cause, and using peer pressure to infect others. Since late July the ASLA has raised over $70 million — about three times what it made last year — and there’s no sign that the donations are slowing down any time soon.

There are so many positive aspects of this phenomenon. First of all, it’s voluntary (as opposed to, say, the government taking your money to fund obesity awareness while also taking your money to subsidize sugar). It’s fun. And it’s a rare example of peer pressure used for a good cause. Usually when tens of thousands of people convince each other to do the same thing, it’s moronic if not outright destructive. This will also inspire many other charities to use viral social media fund-raising campaigns. And did I mention that ALS is a really dreadful disease?

Still, my regular readers know that I’m here to be your skeptical stick-in-the-mud, to give the cold facts an impartial look, and to pick nits. Some writers have raised very reasonable objections to the ice bucket challenge. One objection is that given how rare ALS is, we really should be spending our money elsewhere. The linked article has a graphic showing different diseases listed both by the number of deaths they cause and the amount of funds donated to combat them. Compared in terms of dollars donated per death caused, ALS was already far ahead of much more common killers like diabetes and heart disease.

Another objection is that ALSA is a research organization. So the money will be used to unravel the complex genetic and molecular mechanisms behind the disease and search for new treatments, an effort that is unlikely to yield results for many years. In the long term, that investment might yield priceless results, but it won’t help today’s patients or their families, some of whom could use financial help to buy the motorized scooters, computerized speech aides, and other technology that ALS patients need. The current amount raised could give more than $3,000 of aid to each patient living with ALS.

Of course, some of the criticisms are foolish. Some celebrities have refused to participate on the grounds that ALSA funds research on animals. I’m not aware of any diseases that have been cured without animal research. Fortunately, not too many people listen to these beautiful ignoramuses. Research scientists should sneak up on them and dump ice water on their heads.

But the best criticism of the ice bucket challenge is that it’s a terrible reason to donate, and it’s a terrible way to think of your philanthropic spending. Your dollars achieve the most benefit when you pick a charity that can make the biggest difference for the most number of patients, and when you give repeatedly over time, not just a one-time gift when everyone else is giving too.

So whether you give to ALSA or not, pick a disease to attack with your dollars, make a recurrent annual event on your calendar, and commit to an annual donation. (My wife and I give to the Juvenile Diabetes Research Foundation, largely because my nephew has type 1 diabetes. 30,000 people in the U.S. are diagnosed with type 1 diabetes annually, and about 3 million Americans are currently living with it.) Let other people soak themselves with ice water. And in five years when the American Heart Association comes up with the live-chicken-in-your-pants challenge you can ignore it and continue the rational charitable giving you’ve already started. 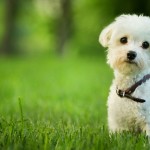 The ice bucket challenge: A poor way to allocate your donations
6 comments